World Energy Day takes place on 22 October 2018. It aims to raise awareness about energy use, the environment and the estimated 1.1 billion people worldwide who live without access to electricity. 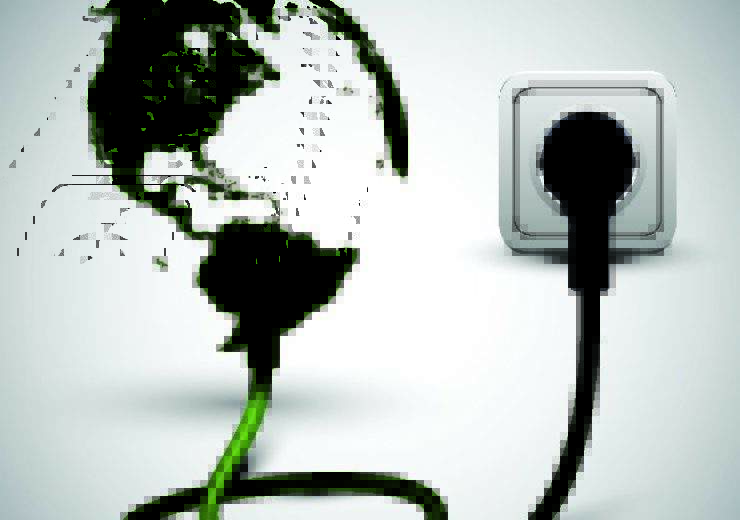 In advanced Western democracies, 24/7 access to electricity to power everything from industrial infrastructure to electric ovens and iPhones is a fundamental staple of life that we take for granted.

Yet, as the West makes the transition from fossil fuels to renewables, an estimated 1.1 billion people worldwide, the majority of them in sub-Saharan Africa, are still without access to basic power.

To mark World Energy Day, we look at what needs to be done in terms of investment, technology and political will to make universal access to energy a reality.

What is World Energy Day?

Celebrated internationally and supported by a large number of United Nations member states, it aims to ensure access to affordable, reliable and modern energy for everyone by 2030 – underlined by the critical role power plays in driving economic growth, human development and environmental sustainability.

What is energy efficiency? Why is it important?

Saving energy, increasing efficiency and conservation are all terms used to describe ways we can reduce our overall energy consumption. There are several reasons for why we would do this in our homes:

Reliable energy is a key driver of human progress. Access to electricity makes communities safer, helps small businesses survive, even thrive, and powers essential services such as schools and clinics.

Crucially, it also helps provide a conducive environment for investments, innovations and new industries that incentivise growth and provide jobs for developing economies.

The International Energy Agency (IEA) estimates that women will save one hour per day when they do not need to collect fuelwood, freeing up the equivalent of a workforce of 80 million people, while reduced household air pollution will prevent 1.8 million premature deaths every year.

The ‘last mile’ initiative in India is just one example of how political will coupled with cheaper access to power can bring about genuine change.

“The good news is that a convergence of political will and cost reductions is accelerating progress,” said Dr Fatih Birol, the IEA’s executive director. “Just look at India, which has provided electricity access to half a billion people since 2000.

“The government’s tremendous efforts over the last several years have put it on track to achieve one of the biggest success stories ever in electrification.”

Last year, the Modi government pledged to electrify every home in the region by 31 December 2018, under a INR163 bn (US$2.5bn) ‘Saubhagya Yojna’ scheme.

Why are some countries still without electricity?

In a word: cost. The IEA estimates that providing electricity for all by 2030 will require annual investment of $52 billion, and that of the additional investment, 95% needs to be directed to sub-Saharan Africa.

South Sudan is the country with the worst level of electricity access in the world, with just 4.5% of the population connected to the power grid as of 2014.

Similarly, prohibitively high connection costs, the challenges of informal housing and the impact of power theft on services mean “under-the-grid” populations are also often without electricity.

At least 110 million of the 600 million people still living without access to power in Africa reside in urban areas in close proximity to existing power grid infrastructure. In Kenya, it is estimated that 70% of off-grid homes are located within just 1.2km of a power line.

Surprisingly, even in resource-rich Europe, the European Union (EU) estimates that 50 million people suffer from “energy poverty”, whereby they struggle to heat their homes and pay utility bills on time.

Of the 1.2 billion people who have gained access to electricity since 2000, nearly all have done so via connection to the main grid, with 70% getting access with power generated from fossil fuels (45% coal, 19% natural gas and 7% oil).

However, declining costs for solar power, decentralised solutions, off-grid and mini-grid systems and new business models that make use of digital, mobile-enabled platforms, mean electrifying sub-Saharan Africa can be achieved with clean energy.

Over recent years, renewables (mainly hydro and geothermal) have been the source of over one-third of new connections, while decentralised renewables are the source of 6% of new electricity access.

All in all, renewables have provided more than a third of new connections to 2017, and the IEA expects this shift to accelerate by 2030.

“We expect solar & wind to rise from 4% in 2016 to between 21 and 42% in 2060. Energy leaders clearly believe that technology innovation, unleashed by effective trade and guided by coordinated climate action, is the key to a decarbonised energy future.”

The IEA also notes that providing energy access for all would also not result in a net increase in global greenhouse gas (GHG) emissions.

Energy demand and related CO2 emissions would only increase by around 0.2%, and this would be more than offset by net GHG reductions resulting from reduced use of biomass for cooking.