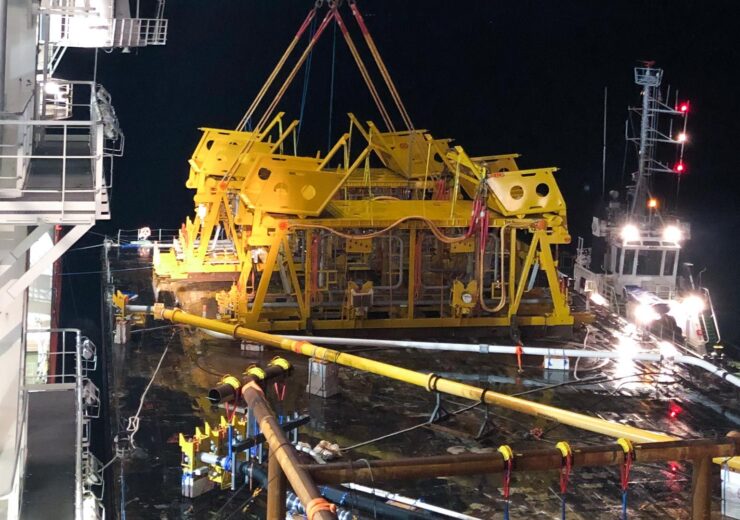 From the installation of subsea equipment on Nova. (Credit: Wintershall)

The authorities have granted consent to start production from the Nova field in the North Sea.

Nova will be developed with two seabed templates, one for oil production and one for water injection (to increase oil recovery). The field will be tied back to the Gjøa field for processing and export.

The licence was awarded in APA 2007, while the discovery well was not drilled until 2012. The plan for development and operation was submitted in July 2018.

Wintershall Dea expects oil production to start up around 31 July. The water injection system will be completed in September. The production licence is 418.

“We’re glad to see that Nova is ready for production to start. Nova will help utilise available capacity in existing infrastructure and ensure extended operation of the Gjøa platform, which is the only hub in the north-eastern part of the North Sea,” says Kalmar Ildstad, the Norwegian Petroleum Directorate’s Director of licence management.