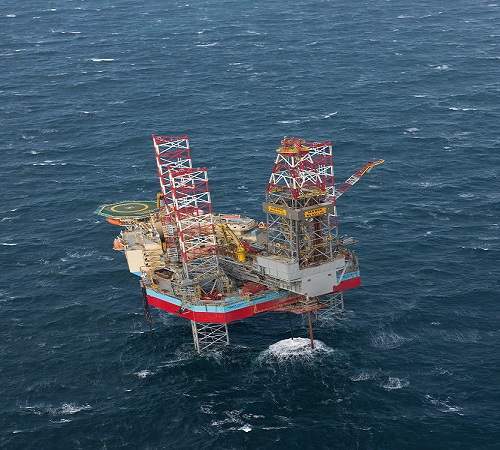 The agreement, which includes closer cooperation on using data to improve drilling efficiency, comes into effect immediately and will remain in force until the end of June 2020.

The first contract under the agreement has been awarded to jack-up rig Maersk Resolve. Wintershall Noordzee B.V. has signed up the rig to plug and abandon three wells in the Dutch sector of the North Sea. The plugging and abandonment campaign is expected to commence in January 2019, with an expected duration of 90 days.

As part of the agreement, the parties will work closely together on collecting and leveraging data to drive efficiency. Maersk Drilling’s modern rigs provide real-time data from thousands of datapoints onboard, and the new partnership will test new software solutions to collect and analyse the input in order to identify potential improvements on-the-fly during drilling operations.

In this way, Maersk Drilling and Wintershall Noordzee B.V. are committed to testing new ways of identifying drilling efficiencies.

Maersk Drilling CCIO Morten Kelstrup said: “We’re very proud to be able to turn a new customer relationship into a strong partnership with this agreement which will drive further value to both parties by our mutual commitment to cooperate much closer on drilling smarter.

“Wintershall Noordzee was an entirely new customer to us when Maersk Resolve commenced its latest campaign for the client, entering into a contract that was extended several times and ended up lasting more than a year. That Wintershall Noordzee now awards us the preferred status on their drilling work is the ultimate recognition of the exceptional performance which our companies have delivered together.”

Maersk Resolve is currently warm-stacked in Esbjerg, Denmark, after completing its latest operation in August 2018. That campaign included work scopes in both the UK, Denmark and Netherlands for Wintershall Noordzee B.V. Maersk Resolve is a high-efficiency jack-up rig which was launched in 2009 and is designed to maximise drilling efficiency and uptime.