The updated plan for the phase 2 development will cover several measures to increase recovery from the field, including a new well framework and new wells 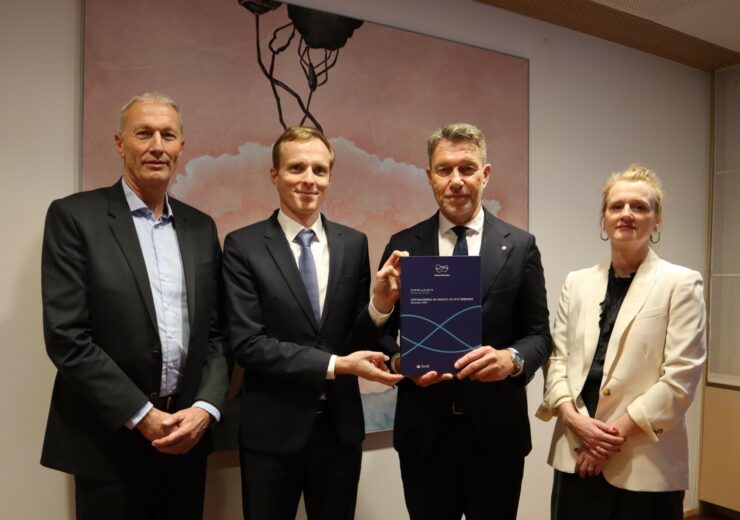 The licence partners submitted the PDO for the to the Norwegian Ministry of Petroleum and Energy. (Credit: Benedicte Øhren Danielsen/OED)

Wintershall Dea, together with licence partners, has submitted an updated plan for development and operations (PDO) for the second phase of the Maria field in the Norwegian Sea.

The licence partners submitted the PDO to the Norwegian Ministry of Petroleum and Energy, and are committed to investing around NOK4bn ($402m) for the phase 2 development.

The updated plan includes several measures to increase recovery from the field, including a new well framework and new wells, using the existing infrastructure at Haltenbanken.

Phase 2 development is expected to add around 22 million barrels of oil equivalent to the total field reserves and extend the life of the field to 2040.

Sval Energi CEO Nikolai Lyngø said: “Maximising the output from our assets is a key part of our growth strategy. Close collaboration in the Maria licence has secured a project that will create value for both the Norwegian society and the partnership.”

The Maria field is 50% owned by Wintershall Dea, which is also the operator, alongside Petoro owning a 30% stake and Sval Energi the remaining 20%.

Discovered in 2010, the field is located on Haltenbanken in the Norwegian Sea, about 25kms east of Equinor’s Kristin field, and started production in 2017.

It is developed as a subsea tie-back with two subsea templates, connected to the existing Kristin, Heidrun, and Åsgard B platforms, through a pipeline network.

Phase 2 development will include the installation of a new six-slot template in the southern part of the Maria field.

Norway’s Oil and Energy Minister Terje Aasland said: “I am happy to see that the companies’ work to increase production from the Maria field is now taking shape in a changed plan for development and operation.

“The further development of the Maria field contributes to an increase in resources and to utilising established infrastructure which is important for the petroleum industry in Central Norway.”