Caterpillar dealer WesTrac has announced it will build a technology training facility in Collie focused on providing courses in autonomous operations. 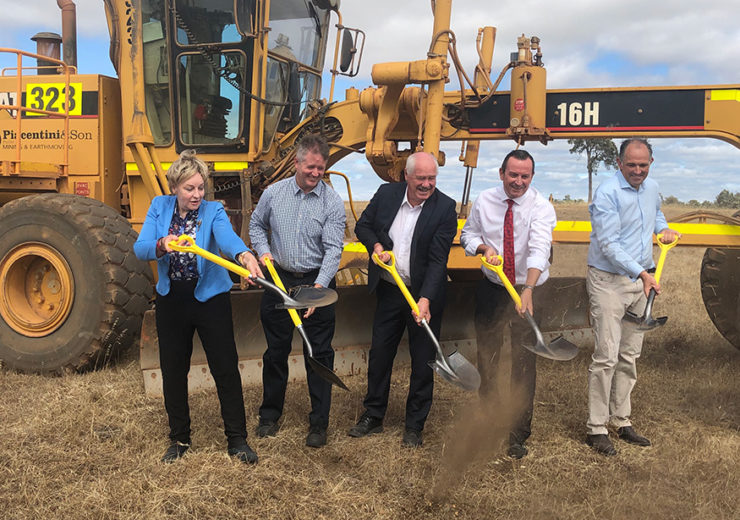 The centre will be the only Caterpillar Autonomous Training Facility in the world apart from Caterpillar’s own testing and training ground in Arizona, USA. The facility will be developed on land owned by Bluewaters Farm Holdings in Collie’s Coolangatta Industrial Estate.

The project is supported by a grant through the Collie Futures Fund, awarded to WesTrac by the State Government’s Department of Jobs, Tourism, Science and Innovation.

Local contractor Piacentini & Son will carry out the earthworks and installation of key infrastructure, with training scheduled to commence in May 2020.

“The initial focus will be to provide training in fit-out and maintenance requirements for the conversion and operation of existing Caterpillar haulage vehicles,” Mr Croome said.

“Over time, we anticipate expanding the range of courses on offer to ensure the facility caters for the recognised skills of the future that will be in demand as the resource sector evolves.”

“It’s an opportunity to position Collie and Western Australia as a world leader in advanced technology and skills development in automation and autonomous operations.”

Mr McGowan congratulated WesTrac and Bluewaters Farm Holdings for working with the State Government to get this groundbreaking facility off the ground.

“People will come from all over the world to utilise this facility – the first of its kind in the southern hemisphere and the second worldwide for Caterpillar,” Mr McGowan said.

“Crucially, we expect clients to spend time in the town as they undertake their training, supporting local businesses and local jobs.”

“It will see Collie placed at the forefront of training workers – including local workers in Collie – in new technological skills for large-scale mining operations across the State.”

“This is a new industry for Collie and Western Australia that will result in new jobs and training opportunities for local people, while meeting demand from around Australia and overseas.”

Mr Croome added that while WesTrac had evaluated a number of potential locations, Collie was the ideal centre for the training facility.

“The town has a long mining history and an experienced workforce with the potential to help run and develop the training facility over time,” he said.

“There’s also a vibrant community and plenty of supporting business infrastructure, plus a unique range of natural attractions and easy access to the wider South West region, which adds appeal for Australian and international training participants.”

Mr Croome said WesTrac and Caterpillar clients across the Asia Pacific region had shown significant interest in having access to such training and strong demand was expected when the facility commenced operations.