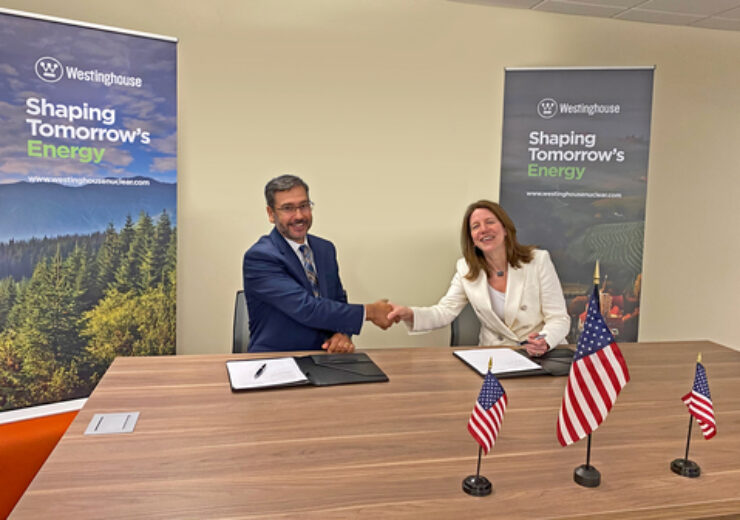 Penn State and Westinghouse announced that they will partner on research and development efforts focused on exploring and applying nuclear engineering and science innovations to societal needs. They will also begin discussions about siting Westinghouse’s eVinci™ micro-reactor, a next-generation, small modular reactor designed to address sustainable power needs from immediate use in large communities to decentralized remote applications, at University Park. They signed a memorandum of understanding detailing the partnership at Westinghouse headquarters in Cranberry.

“Penn State and Westinghouse share a common vision for the potential of micro reactors to revolutionize industry and energy globally,” said project co-lead Jean Paul Allain, head of the Ken and Mary Alice Lindquist Department of Nuclear Engineering at Penn State. He also holds the Lloyd and Dorothy Foehr Huck Chair in Plasma Medicine in the Huck Institutes of the Life Sciences and serves as a co-hire faculty in the Institute for Computational and Data Sciences. “Our ultimate goal is to drastically reduce carbon-free energy costs in difficult to decarbonize sectors such as industrial manufacturing and transportation, leading a truly transformative change for how and where we power society.”

The eVinci micro-reactor can produce sustainable carbon-free energy and integrate with other renewable power sources, such as solar or wind power. It is also small enough for factory fabrication and truck transportation, meaning it can be built and implemented to support communities without access to reliable energy due to location or natural disaster. Its compact size minimizes the physical footprint and allows for construction and installation in as few as 30 days.

“Our eVinci micro-reactor is a game-changing nuclear battery that can play a critical role in reducing the carbon intensity of the global energy sector,” said Mike Shaqqo, senior vice president of Advanced Reactors at Westinghouse. “Westinghouse and Penn State share a long history of leadership in the nuclear industry and will build on that legacy through this program.”

“Together, our aim is to support basic and translational research development to establish a micro nuclear reactor prototype platform to drive technology advances and support wide adoption and deployment of advanced nuclear technologies,” Allain said.

“This MOU provides a foundation for a sustaining and engaging partnership between Penn State and Westinghouse, and I am excited to see the developments that will result,” said Lora Weiss, senior vice president for research at Penn State, who signed the MOU on behalf of the University.

In addition to Weiss, Allain, Lee and Merzari, Geanie Umberger, associate vice president for research and director of industry research collaborations at Penn State, represented the University at the signing event.

“Such a platform for research and development would help establish a clean technology corridor in Pennsylvania and beyond, as well as help strategically position our teams to partner with experts across the University in multi- and interdisciplinary scientific fields, as well as in social sciences, business and law on focused projects supporting micro nuclear reactor study and deployment,” Umberger said.