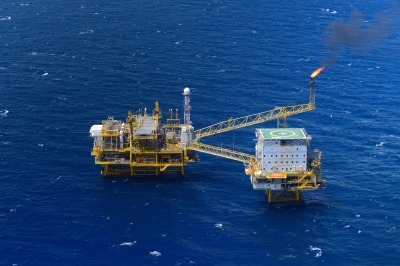 By combining the upper and lower completions in one trip, the system has been shown to reduce installation time between 40 and 60 percent and to reduce rig time by four to six days.

“Weatherford’s TR1P advanced deployment system has set a new industry benchmark for completion installations, especially in deepwater environments,” said Mark Hopmann, President, Completions for Weatherford. “The ability to perform multiple operations in less time with less equipment and fewer personnel is a game-changing deepwater solution, and the answer to our customers challenge to significantly increase efficiencies when installing deepwater completion systems. TR1P gives you the ability to perform the operations demanded by your reservoir, rather than your budget.”

The industry has already taken note of TR1P’s deepwater capabilities: It has been named a Spotlight on New Technology Award winner by the Offshore Technology Conference (OTC) ahead of their 2019 event to be held in Houston, May 6-9. TR1P also received a Meritorious Award for Engineering Innovation from Hart Energy publishing. Both awards are presented for break-through innovation products impacting offshore exploration and production.

“Receiving these awards means the industry has recognized the value in our TR1P technology,” said Hopmann. “In a deepwater injector well in West Africa, TR1P reduced installation time by 40-60 percent and cut rig time by four to six days, compared to a two-trip upper and lower completions process.”

As the only provider of RFID technology-enabled downhole tools, Weatherford coupled that capability with elements from its existing completions technologies. The result is the industry’s first 100-percent interventionless operation that significantly reduces the total cost of an installation of a deepwater completion system.

Function test all components during installation

Circulate the well from the toe to the heel

Stimulate and isolate a zone or the whole well

Weatherford will be presented the OTC Spotlight on New Technology® Award at 4 PM on May 6, 2019 in the NRG Center Rotunda Lobby.