Georgia Power said that three out of the four owners of the 2,430MW Vogtle nuclear plant in the US state of Georgia have voted in favor of completing construction of units 3 and 4 with an investment of $28bn. 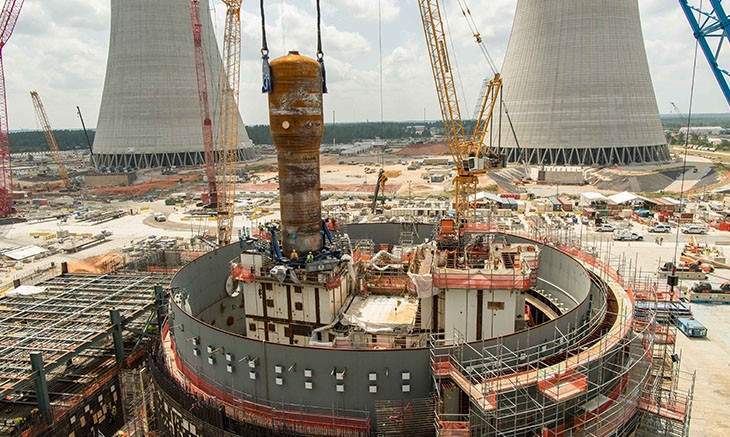 Should Oglethorpe Power decide against the Vogtle nuclear expansion, then the project will be forced to be cancelled, said Georgia Power, a subsidiary of Southern Company.

Georgia Power chairman, president and CEO said: “We hope Oglethorpe Power joins us in doing what is best for Georgia’s citizens and votes tomorrow to fulfill its obligation to complete this project which is critical to Georgia’s energy future.”

While Georgia Power holds a stake of 45.7% in the Vogtle nuclear plant, MEAG and Dalton Utilities own stakes of 22.7% and 1.6%, respectively.

Oglethorpe Power, which owns the remaining stake of 30% in the nuclear power plant, hasn’t committed yet in favor of the Vogtle nuclear plant expansion citing constantly growing costs. However, the electric utility submitted a conditional vote in support of completion of the project.

Oglethorpe Power’s conditions for voting in favor of the Vogtle nuclear plant expansion include various cost-control options, like putting a cap at the current project budget and enabling an additional $800m to be added to the contingency, to raise it to $1.6bn.

Oglethorpe Power president and CEO Mike Smith said: “We are hopeful that the Southern Company will agree with a proposal to protect our rural energy consumers in Georgia who should not be responsible for excessive future increases in the costs of this project.

“The Southern Company directly owns and controls Southern Nuclear Corporation (SNC), which has control of the site and project oversight of Vogtle 3 and 4. As SNC’s owner, Southern Company should be willing to bear further risk of SNC’s missed budgets, not our members.”