Vital Metals, an Australian mining company said that it will move ahead with a deal to earn 50% of the Bouli Gold Project in Niger via an earn-in agreement with Summa, a private Turkish company. 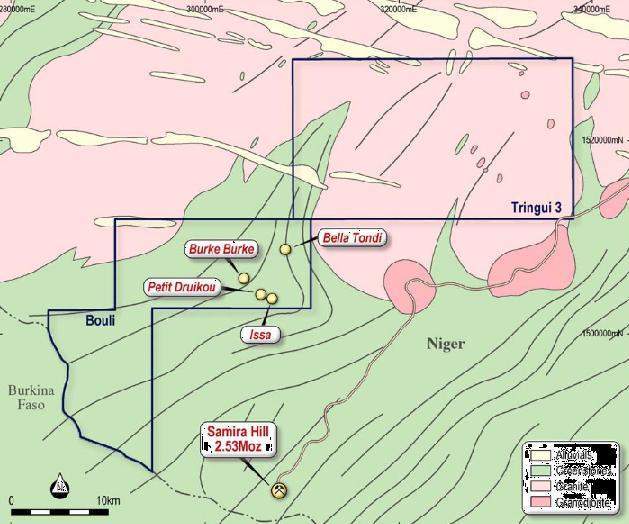 The Australian miner had carried out exploration at the Bouli Gold Project through aeromagnetic surveys and drilling, primarily at the Bella Tondi prospect. The exploration activities were done as part of an exploration agreement with the Turkish firm.

Vital Metals said that the Bella Tondi exploration identified an emerging high-grade gold zone, with visible core detected in core samples. The mining company in line with an agreement made in last October, plans to invest a further A$5m ($3.7m) on exploration over two years to earn 50% stake in the Nigerien gold mining project.

According to Vital Metals, Bella Tondi is contained on a prominent north‐south structure  with  gold  mineralization located on the contact between a mafic instructive and volcanoclastics.

Vital managing director Mark Strizek said: “We are really excited by what we’ve found at Bouli to date, with results of up to 4m at 157g/t gold from our drilling at Bella Tondi and core sample analysis suggesting multiple parallel lodes.

“We are awaiting further results from drilling and we will begin to plan further activities at Bouli in the meantime.”

Following the formation of a 50:50 joint venture, Vital will be eligible to buy Summa’s stake in exchange for a 2.5% gross revenue royalty from the Bouli Gold Project.

Meanwhile Vital revealed that it is in the process of completing the divestment of its Watershed Tungsten Project in the Australian state of Queensland for $15m.

The Australian mining company said that proceeds from the sale of the Watershed Tungsten Project will enable it to sustain its “aggressive” exploration campaign in West Africa, including at the Bouli Gold Project.