In the $155m first phase of the project, Vinci Construction will build a facility capable of treating 195,000 cubic metres of water 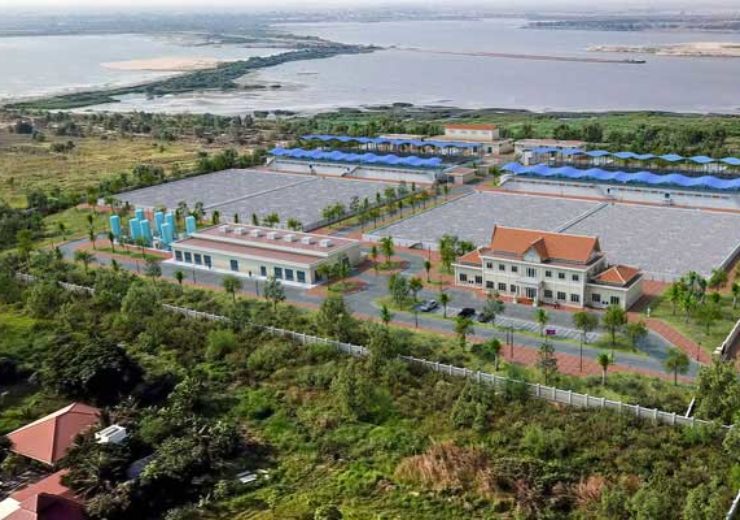 France-based Vinci Construction Grands Projets has secured a contract from Phnom Penh water supply authority to design and build the Bakheng water treatment plant in the northern outskirts of the Cambodian capital.

In the $155m first phase of the project, Vinci will build a line capable of treating 195,000 cubic metres of water and the intake from the Mekong River with a capacity of 390,000 cubic metres per day.

The company will construct two 1.4m diameter pipelines with a length of 1.5km to bring water from the river.

It will also build a 2m-diameter pipeline with a length of 7.8 km to carry clean water to over half a million city residents. The project also includes a 630m river crossing to be constructed with a micro-tunnelling machine.

Vinci Construction said that the plant will receive electricity from 27,000m2 of solar panels, with 3.8 MW installed capacity, to reduce its carbon footprint.

The Bakheng water treatment project is co-funded by the French Development Agency, the European Investment Bank and the Phnom Penh Water Supply Authority.

At the height of the activity, the project is expected to employ more than 500 local workers.

The contract provides for a possible second phase worth $45m to double the plant’s treatment capacity to 390,000 cubic metres a day, which would provide drinking water to a population of a million people.

The project enhances the company’s commitment to expanding drinking water access in Cambodia.

Vinci handed over the Niroth drinking water plant in 2017

In 2017, Vinci Construction Grands Projets handed over the Niroth drinking water plant on the outskirts of Phnom Penh and the wastewater treatment plants at the Phnom Penh and Siem Reap airports.

In 2019, the company’s hydraulic engineering teams also delivered two drinking water plants in Siem Reap and Chamkar Mon (in the centre of the Cambodian capital).

Since 2000, Vinci claims to have built water projects that supply six million people with drinking water and treat wastewater for a population equivalent of 2.5 million around the globe.