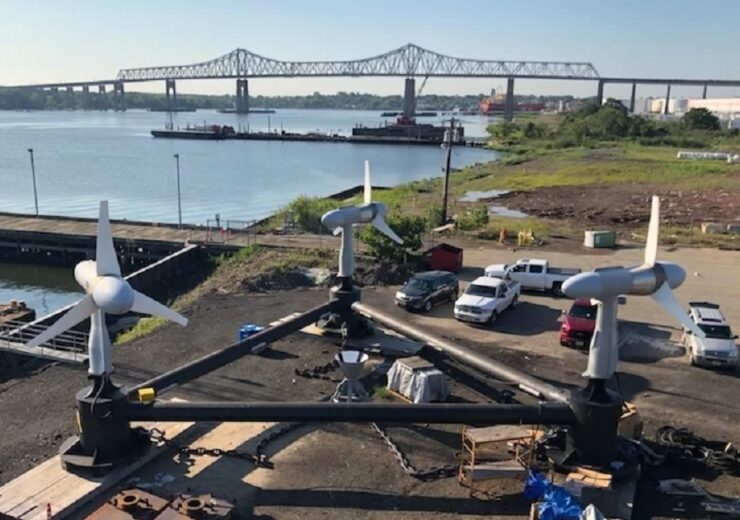 New York-based Verdant Power announced that it has installed an array of three of its tidal power turbines at its Roosevelt Island Tidal Energy (RITE) Project site in the East River.

The installation is the first licenced tidal power project from the US Federal Energy Regulatory Commission.

The company claims that it is its next step in the path to global commercialisation of its tidal power turbine technology.

As a pre-commercial demonstration, the system has been designed to optimise the economics of installation and maintenance for a period of 20-years, according to the company.

The design is also claimed to offer readily scalable systems for larger sizes of deeper and faster tidal straits.

By connecting the three turbines to the grid, the RITE project offers metrics for system performance and operational costs for other sites.

The RITE project is supported by NYSERDA and USDOE

The demonstration project will supply clean energy to Roosevelt Island through a distributed generation connection to Con Edison’s local grid.

The project is supported by the New York State Energy Research and Development Authority and the US Department of Energy, along with New York private equity investors.

Verdant Power CEO John Banigan said: “We are proud to be the first licensed tidal power project in the U.S. Today we are demonstrating clean power from the tidal currents and that tidal power is a viable energy resource advancing our industry in the U.S. and globally.

“We also are proud to be a New York-based company that will create an MRE industry cluster with local jobs and global exports.”