Pilot project for the future of energy: Verbund is building a pilot plant at the thermal power plant site in Mellach, Austria, which can be operated both as an electrolyser and as a fuel cell. 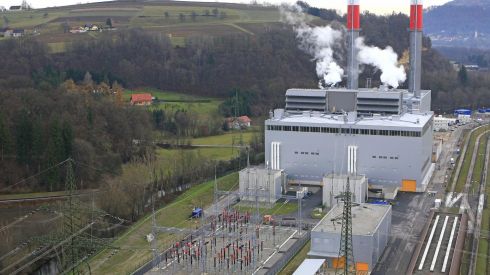 Graz University of Technology and the German cleantech specialist Sunfire evaluate the use of climate-neutral hydrogen in power plant operation as a substitute for natural gas.

With an electrical output of 838 megawatts the Mellach gas-fired power plant is the most powerful power plant in Austria, which went into operation in 2012. In its use for supraregional grid support, it contributes significantly to the electricity supply security throughout Austria. The two highly efficient gas turbines are currently operated with natural gas exclusively. As part of the recently launched “Hotflex” research project, energy supplier Verbund will now test the partial substitution of natural gas with hydrogen produced in a climate-neutral way in an industrial power plant operation for the first time.

Excess wind and solar power can be stored as hydrogen

The starting point for the new plant is the expansion of renewable energies all over Europe. Currently, the main type of large-scale storage for wind and solar power is pumped-storage. In Austria alone, hundreds of additional wind power and photovoltaic plants will be built in the coming years on the basis of the energy and climate strategy whose electricity generation is strongly dependent on the weather.

With the “Hotflex” pilot plant, excess wind and solar power can be taken from the grid and converted into hydrogen by high-temperature electrolysis. This “green” hydrogen will be mixed with natural gas to drive the two gas turbines in a more climate-neutral manner. The hydrogen is to be produced directly at the power plant site by high-temperature electrolysis with a production capacity of 40 Nm³/h.

A special feature of the Mellach pilot plant, whose components are manufactured by the cleantech company Sunfire in Dresden, is that it can operate in reverse mode as a fuel cell. The plant is thus able to produce electricity and heat from natural gas. Verbund will test this fuel cell operating mode primarily as a possibility for self or emergency power supply of its power plant.

The research will be carried out by Verbund’s Thermal Power competence center in cooperation with Graz University of Technology as well as a Sunfire and is scheduled to be completed within the next three years. The research plant in Mellach will then continue to be operated by Verbund in accordance with the requirements of the operating reserve market. The research project is funded by the European Union’s “Horizon 2020” program (No. 779481) and the Austrian Research Promotion Agency.