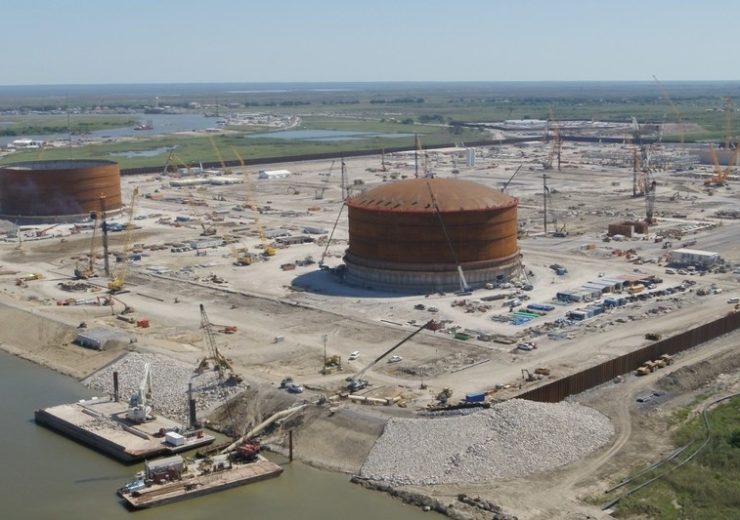 Venture Global has announced it has raised the first liquefied natural gas (LNG) storage tank roof at its Calcasieu Pass LNG export facility in Louisiana, US.

The facility is a 10 million tonnes per annum (Mtpa) LNG export terminal, that is scheduled to commence operation in 2022 and will have an operational life of 25 years.

Venture Global stated that the 1.8 million pound tank dome and assembly were air raised to allow better and safer access, and for a faster construction schedule.

The dome of the tank was raised in less than two hours using pressure of 0.25psi.

Weeks Marine and the project’s engineering, procurement, construction (EPC) contractor Kiewit worked together to complete the export facility’s marine perimeter wall and levee three months ahead of the schedule.

According to Venture Global, equipment for the project’s 720MW combined cycle gas turbine power plant is expected to start arriving next month.

In a statement, Venture Global LNG stated: “The safe and successful roof raise and the completion of these other milestones are a reflection of the company’s continued commitment to execution and safety.

“The project has now exceeded more than 4.7 million work hours without a recordable incident.”