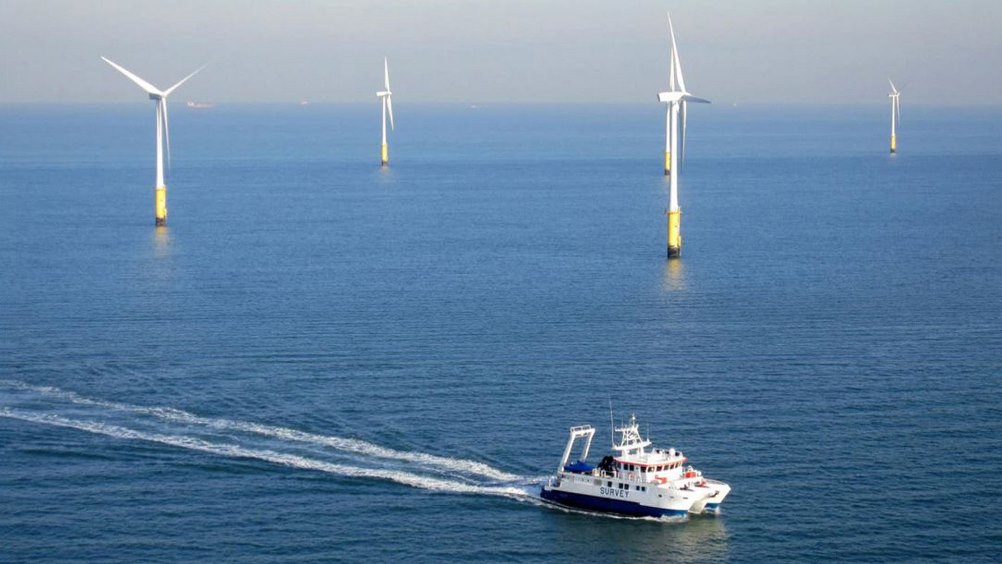 As per Vattenfall, when the 750MW Hollandse Kust Zuid 1 & 2 begins operations, it will be supply enough green electricity to power nearly 1.5 million Dutch households.

Presently, surveys are taking place at the site where the wind farm will be constructed, using high-tech equipment. These surveys include underwater scans to look for bombs and shipwrecks and the map the sea floor.

While these activities had already started in February, the storms Freya and Gareth intervened with the crew’s schedule, leading to the crew being forced to anchor at Scheveningen harbour.

Vattenfall technical execution head for the project Aidan Marchand stated that the team was aware that North Sea does not always offer the best conditions- weather and otherwise – for ground surveys.

“That’s why our original plans allowed for several weeks when we would not be able to collect any data. Due to the turbulent weather, the research ships have to make the most of the calm periods in order to catch up. Then the crew collects data around the clock, day and night. This enables us to make optimal use of the times when we have good weather.”

Survey of the sea floor is expected through to August and will use scanners that do not harm the surroundings. This will be followed by collection of soil samples.

Results from the survey will be used to design the most effective foundations for the wind turbines as well as the route of cables to be buried in the sand.

Marchand said: “The moving sand dunes on the seabed make it a challenge to erect the wind farm. In some places there is a mobile layer of sand up to four metres thick. These sand dunes move, which could lead to problems, particularly in the future.

“This does not affect the foundations so much, since they can accommodate the changing seabed, but the cables are usually located one to three metres below the surface of the seabed, and we don’t want them to become exposed.”