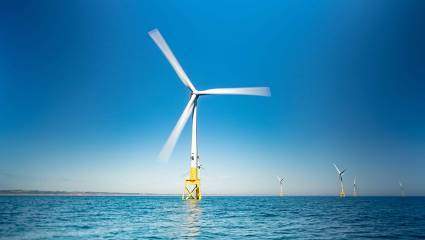 The £300m project, which is claimed to be Scotland’s largest offshore wind test and demonstration facility, has delivered electricity to the UK National Grid from the first wind turbines, via 66kV subsea cabling.

Comprising two units of 8.8MW turbines and nine units of 8.4MW turbines, the wind farm will have capacity to produce 312GWh of clean electricity required to power approximately 80,000 British households every year.

Vattenfall’s EOWDC project director Adam Ezzamel said: “We have overcome major engineering and technical challenges to achieve first power on the cutting edge EOWDC thanks to the collective expertise of Vattenfall, and our contractors MHI Vestas, Boskalis and Murphy.

“Our priority now is to fully commission the windfarm safely throughout the summer.

“First power from EOWDC reinforces North-east Scotland’s status as Europe’s energy capital and will help establish the region as an international centre for offshore wind generation.”

MHI Vestas Offshore Wind is responsible for the supply, installation and service of the V164-8.4MW/8.8MW turbines whereas Boskalis is the offshore balance of plant (BoP) contractor for the EPCI of the offshore infrastructure including the foundations and cabling for the project.

Scottish Government Energy Minister Paul Wheelhouse said: “I congratulate the project team at Vattenfall for not only a successful installation but also their achievement in generating electricity from the world’s most powerful offshore wind turbines which, with each rotation, will generate enough energy to power a home for 24 hours.”

The wind project, apart from generating electricity, will be used for studying new wind power technology and affects caused by wind farms on the marine life.

The wind farm will is expected to avoid 134,000 tons of CO2 emissions from entering into the atmosphere.

Vattenfall Business Area Wind head Gunnar Groebler said: “Generating power from the EOWDC for the first time, secured by Europe’s technological leadership in offshore wind, gets us to a future free from fossil fuel faster. I look forward to full power later in the summer.”