Van Oord has secured a contract to provide offshore installation works for the West White Rose Project of the east coast of Newfoundland, Canada. 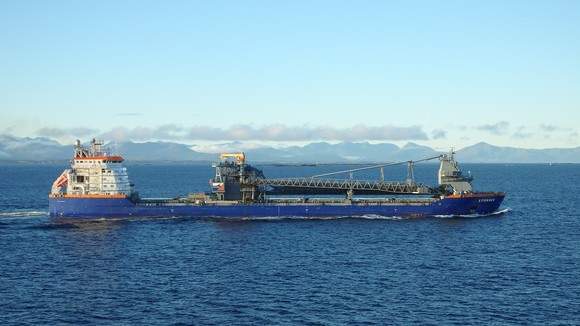 Image: Van Oord will carry out the work in four phases. Photo courtesy of Van Oord.

Under the contract, Van Oord will carry out the work in four phases that include seabed preparation, ballasting activities, flowline protection, and scour protection for West White Rose project.

The project will enable operator Husky Energy to gain access to resources west of the existing White Rose field.

First oil from the West White Rose project is expected to flow in 2022.

Van Oord Offshore managing director Maurits den Broeder said: “We are thrilled to have been awarded this contract by Husky Energy. Alongside efforts to transition to renewable energy sources, projects like West White Rose are essential in meeting the rising global demand that results from a growing world economy and population.

“We look forward to continuing our relationship with Husky Energy and I am confident that with Marine Ingenuity we can make our contribution to a successful project.”

The West White Rose Project will be developed by means of a fixed oil drilling platform comprising a Concrete Gravity Structure (CGS) supporting an integrated drilling and production topsides.

The fixed drilling platform will be tied back to the existing SeaRose floating production, storage and offloading (FPSO) vessel. It will be located approximately 350km southeast of the province of Newfoundland and Labrador in Canada, in the White Rose field.

Once the development wells are drilled and brought online, the project is expected to reach a gross peak production rate of nearly 75,000 barrels per day (bbls/day) in 2025.

To execute the contract, Van Oord will deploy its flexible fallpipe vessels Nordnes and Stornes. The project includes installation of seabed preparation layer before positioning the CGS.

Van Oord said: “As part of the preparations for tow-out of the CGS, the flexible fallpipe vessels will offload ballasting material directly into the CGS compartments. After installation of the CGS, Van Oord will install scour and flowline protection around the CGS and the flowlines.”