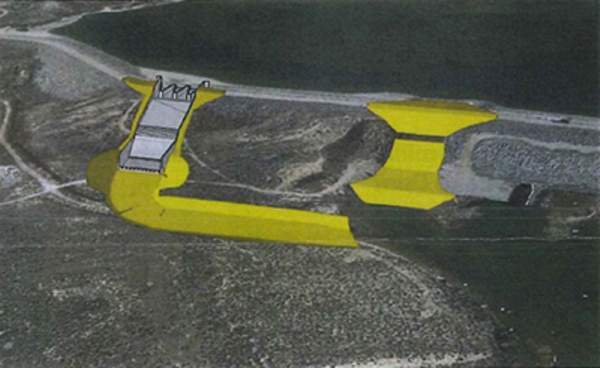 USBR stated that the contract is worth $44m and construction of the Safety of Dams activity is expected to start in the fall of this year and could end in the summer of 2021.

The project will be constructed under Reclamation’s Safety of Dams Program, and Midvale Irrigation District will be responsible to repay Reclamation up to 15% of the project cost.

USBR also stated that the existing road for recreational access to Bull Lake Reservoir for tribal members and those with Wind River Indian Reservation recreational or fishing permits will not be affected by this construction.

Bureau of Reclamation Wyoming area manager Carlie Ronca said “The Bull Lake Dam spillway project is necessary to address deficiencies in the existing spillway and provide for the continued safety and functionality of Bull Lake Dam.”

Bull Lake Dam is located in the Wind River Indian Reservation in central Wyoming. The dam is situated in Bull Lake Creek, a tributary of the Wind River.

Earlier this month, USBR awarded $4.5m contract to Brooklyn Iron Works, to supply one set of main unit steel stoplogs and still to be determined, an optional second set of stoplogs. These stoplogs will be installed at Grand Coulee Dam.

The Bureau is purchasing a set for $2.27m and the optional second set for $2.22m.  As per the contract, one complete set of steel stoplogs, along with custom lifting slings are to be supplied.