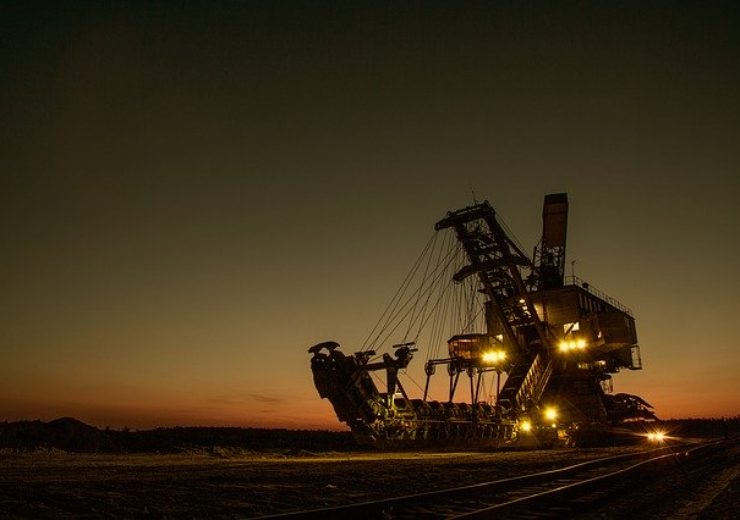 USA Rare Earth, LLC, the funding and development partner of the Round Top Heavy Rare Earth and Critical Minerals Project in West Texas, together with Texas Mineral Resources Corp. (OTCQB: TMRC), is pleased to announce that its rare earth and critical minerals pilot plant processing facility in Wheat Ridge, Colorado has received its required permits and its pilot plant is now being commissioned.

Once fully commissioned, the plant will be focused initially on group separation of rare earths into heavy (dysprosium, terbium), middle, and light (neodymium, praseodymium) rare earths (REE’s). The final phase of the pilot work will be the further separation of high-purity individual REE compounds.

At the same time, the pilot plant will also be focused on recovery of non-REEs focusing on lithium, uranium, beryllium, gallium, zirconium, hafnium and aluminum, all of which are on the U.S. Government Critical Minerals List.  Confirming the recovery of these critical non-REEs will support upgrading the measured and indicated resources to proven and probable reserves (with no in-fill drilling required), and completion of the Preliminary Feasibility Study (PFS).

“Establishing an independent domestic rare earth and critical minerals supply chain is monumental for USA Rare Earth and for the United States, overcoming reliance on China for materials and processing that are essential for defense applications and advanced technology manufacturing,” said Pini Althaus, CEO of USA Rare Earth.

“This is an important step towards USA Rare Earth’s objective to build the first rare earth and critical minerals processing facility outside China and to bring the Round Top project into full commercial production. Our Colorado pilot plant will have the ability to produce the full range of high purity, separated rare earths as well as other critical minerals such as lithium,” Mr. Althaus continued.

With the Round Top project, the processing facility and the recent acquisition of the neo magnet plant formerly owned and operated by Hitachi, USA Rare Earth has a three-pronged mine-to-magnet strategy to establish a resilient, 100%-domestic supply chain for rare earth magnets, which are essential for modern manufacturing ranging from defense applications to wind turbines, electric vehicles, smart phones, advanced medical devices, and the physical backbone of emerging 5G networks.

USA Rare Earth recently announced that it had completed its Phase I bench scale testing. This phase of work utilized feed solutions produced from pilot heap leach columns processing ore from Round Top and demonstrated the ability to load and concentrate rare earths (REE’s) in the presence of high concentrations of non-REEs, including other critical minerals such as lithium.

USA Rare Earth’s pilot plant is the second link in a 100% U.S.-based rare earth oxide supply chain, drawing on feedstock from our Round Top deposit. “Together with our recently acquired rare earth magnet manufacturing platform, Round Top and our pilot plant constitute essential links in restoring a mine-to-magnet domestic U.S. rare earth supply chain without the material ever leaving the United States, thereby alleviating the current dependence on China for the both raw materials and mineral processing,” Mr. Althaus noted.

Aside from Round Top’s potential to supply a significant amount of material for U.S. defense as well as commercial applications, USA Rare Earth’s initiative will reinvigorate advanced technology manufacturing in the U.S. for companies currently dependent on foreign sources for supply. In turn, this should provide the U.S. with job creation in manufacturing, and potentially generate hundreds of billions or more into the U.S. economy through the ability to be able to produce products in the U.S. currently being produced in China.

Under Defense Logistics Agency (DLA) and Department of Energy (DoE) grants, the CIX/CIC process successfully produced high-purity (99.99% or 99.999%) rare earth compounds from material from Round Top and other sources. The work currently underway at our Wheat Ridge pilot plant builds on that expertise and includes the Phase I initial process preparation to separate REEs from other minerals, including targeted Critical Minerals and metals such as lithium.

The CIX/CIC units at the Wheat Ridge pilot facility are capable of processing several thousand liters of leach solution per day. The CIX process concentrates large volumes of leach solution to smaller volumes of higher-grade solution. Continuing leach optimization studies have identified improvements through the controlled addition of acid to maximize REEs in solution while minimizing and separating other elements.