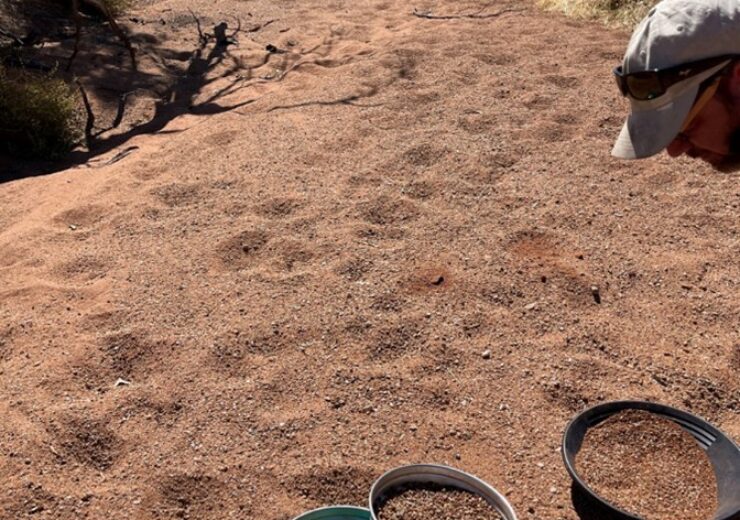 Megawatt Lithium and Battery Metals Corp. (CSE: MEGA) (FSE: WR20) (OTC PINK: WALRF) (the “Company” or “Megawatt”) has decided to accelerate developing the uranium potential at its Artic Fox and Isbjorn Projects in Northern Territory, Australia. This follows the receipt of an interim report from the geology team highlighting the significant uranium potential within both properties based on reconciling high-grade historical surface readings with observations following the recent field reconnaissance and sampling program.

The Board has decided that developing the uranium and rare earth element potential of both properties concurrently can potentially create significant incremental shareholder value. Moreover, this decision is timely as it coincides with rapidly improving fundamentals for the uranium sector which has propelled the contract price to multi-year highs. Further, the Northern Territory government is pro-uranium mining – a stance which it has maintained since 1953.

Megawatt’s Board notes that over the past 15-months, the uranium contract price – negotiated privately between buyers and sellers – has increased significantly and is now trading at multi-year highs (circa US$42/lb). Notably, a confluence of factors – decarbonisation polices, new reactors coming onstream, COVID impact on supply, and moderating global inventories – has underpinned the uranium price re-rate.

Encouragingly, both Megawatt’s properties are in a region with supportive mining communities and excellent transportation infrastructure to the port of Darwin. Further, the Artic Fox and Isbjorn properties have significant exploration potential for uranium mineralization (refer to Megawatt Provides Further Investigative Data for Uranium and REE Prospectivity for Australian Projects; May 31, 20214). Notably, historic surface samples within the tenure provide ready target areas for further exploration.

Most of these sites were visited during the geology team’s recent field reconnaissance and sampling program to the Artic Fox and Isbjorn Projects (refer Figure 1). The assays are expected to be returned within the next few weeks which should provide greater clarity on which areas to focus on developing moving forward.

The property is contiguous to Arafura Resources’ (ASX: ARU) world-class Nolans Bore Deposit, which is a rare earth element-phosphorus-uranium fluorapatite vein system. The mineral resource at Nolans Bore comprises 56Mt @ 2.6% total rare-earth oxides 162ppm U308 (0.42 lb/tonne U3O8) – this translates to circa 9,062t uranium oxide5.  Further, the Nolans Bore Deposit will encompass a mine, process plant and critical infrastructure, with commissioning slated for 2022.

Reinforcing the region’s uranium potential, the Colonial Metals Group (private), which owns a sizeable footprint directly north of Artic Fox, potentially has several economic orebodies within its tenure according to a 1973 study6.

Within the Isbjorn property, there are assayed alluvial and stream sediment samples at five locations7 which are all significant and require further on-site follow up. These clearly highlight the exploration potential for U3O8 mineralization, including:

David Thornley-Hall Chief Executive Officer commented: “Following the receipt of the geology team’s interim report, the Board decided to accelerate developing the uranium potential of the Artic Fox and Isbjorn Projects. Clearly, both properties are prospective for uranium mineralization, evidenced by numerous high-grade surface samples that reconciles with the observations from the recent field trip. In addition, the fundamental outlook for uranium has improved significantly this year, while the properties are located in a region with first rate infrastructure and jurisdiction which is pro-uranium mining.”