In a time of sustained low oil prices, energy companies are looking to become leaner and more efficient by investing heavily in digital technology. This special report looks at how advances such as big data, artificial intelligence, blockchain and robotics are reshaping business models. 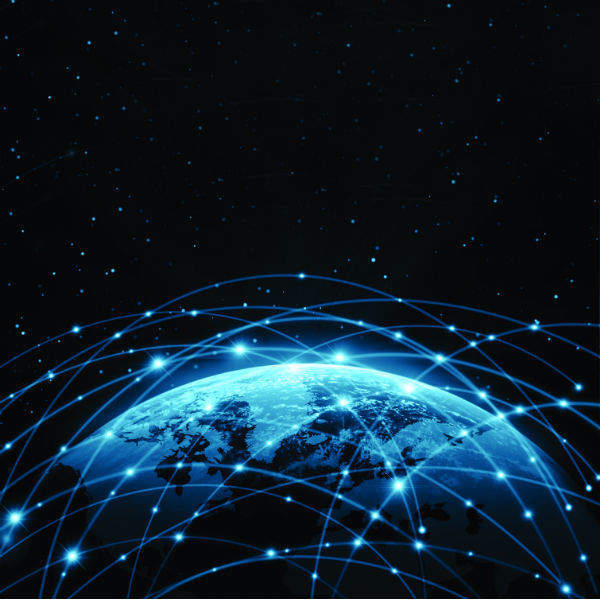 The downturn of the past few years has brought about a moment of reckoning. With oil and gas prices dipping from around $100 a barrel in 2014 to just $30 a barrel two years later, companies have been forced to radically reassess how they operate – paving the way for an upstream digital technology revolution.

Sadly, this has meant a swathe of job losses, with oil companies prioritising short-term survival. According to the consulting firm Graves & Co, there had been more than 440,000 layoffs across the industry by February 2017. Around 40% of these were in the US, 28% in the UK North Sea and 10% in Canada.

This was undoubtedly bad news for the thousands of oil and gas professionals made redundant. However, for the oil companies themselves, there was often a surprising upside to the changes foist upon them.

In late 2016, EY surveyed more than 70 organisations in Canada’s oil and gas industry to find out how the slump had affected them. Unsurprisingly, 80% of respondents said they had reduced headcount over the past two years, and around two thirds of those said they had taken the opportunity to restructure.

The survey asked each company how many layoffs they had made, and how successful they perceived their company reorganisation to be. Perhaps counterintuitively, the data seemed to suggest that more redundancies were better – up to a point. Companies that had reduced headcount by 25–30% reported the highest success rates overall, with this relationship tailing off once companies surpassed a 50% reduction in staff.

“With every challenge, there’s an opportunity,” says Lance Mortlock, EY’s Canadian strategy services leader, oil & gas. “It’s tempting to simply jump into survival mode and make quick tactical changes when times are tough. But thinking strategically and conducting a current state assessment helps frame an understanding of both the current state and the potential future state, and it provides the additional benefit of helping to understand what is currently working, as well as what is not.”

Evidently, in times of crisis there is no use sticking to what’s always been done. With no option but to recalibrate themselves, oil companies are shaking off their natural conservatism, and working out how best to position themselves for the challenges ahead. What this has meant, above all, is a newfound interest in digital technology.

Initially slow to embrace digitisation, oil companies are now finding that technological investments can lead to greater efficiency further down the line.

A 2017 survey by Accenture and Microsoft suggested that almost two thirds of upstream firms saw the value that digital technology could deliver.

“Upstream oil and gas companies are evolving from only using digital technology in siloes to using it, and the related new ways of working to transform business areas,” says Rich Holsman, head of digital in Accenture’s energy industry group.

He added that the survey respondents saw big data and analytics, cloud, the internet of things (IoT), mobility, high-performance computing (HPC) and cybersecurity as having the greatest potential to transform their businesses.

“In the next three to five years, 70% plan to spend more or significantly more on digital technology, and the next wave includes HPC, wearables, robotics, artificial intelligence and blockchain,” he says.

Almost three quarters of respondents said they expect to see most oil and gas fields fully automated with digital technology in three to five years’ time. The upstream areas they most expected to benefit were production, geological and geophysical, and drilling and completion.

For the time being, however, there are challenges, not least the fact that tomorrow’s jobs will require different skills – think data scientists rather than geologists. The majority of respondents felt their companies lacked mature analytics capabilities, and saw recruitment as a key concern.

The industry, then, is at a point of transition, with many companies slow to realise the opportunities available to them. It has fallen to the early adopters to point out the benefits of digitalisation.

In essence, digitalisation is about converting data into insights, meaning there are many areas in which this technology might add value. For an oil company, it can include everything from predictive maintenance to enterprise resource planning.

One notable innovator is Shell, which in 2013 announced its ambitious plan to become “the most innovative energy company in the field of digital”. The company has long made use of big data and IoT, for instance by using sensors and analytics to monitor oil fields. In 2015, it placed monitoring devices on its wellhead equipment in Nigeria – an $87,000 investment with a $1-million return.

More recently, the company has hit the news with its investment in a blockchain consortium. Together with BP, Statoil and others, the company is developing a digital platform for energy commodities trading that will use blockchain technology to cut costs and manage risks. Pending regulatory approvals, this tool will be run as an independent entity and should become operational at the end of 2018.

BP is also investing heavily in new technology. As well as blockchain, the company has boosted its data analytics capabilities in recent months. It has more than doubled the total computer power of its Center for High-Performance Computing in Houston, making this the most powerful supercomputer in the world for commercial research.

It is also looking to make use of AI, having invested in a Caltech AI start-up in June 2017. The start-up in question, Beyond Limits, originally developed its software for use in space exploration. Here on Earth, the technology will be used to augment performance across all aspects of BP’s business.

BP’s chief of upstream operations, Bernard Looney, said on a release: “The combined impact of supercomputing and artificial intelligence is helping us see our world through new eyes. We can uncover resources. We can compare wells instantly. We can pinpoint corrosion risks by applying machine learning to 40 years’ worth of data.”

Another company investigating AI is Total, which has entered talks with Google and Microsoft to develop bespoke software – it has not yet committed to any formal partnerships. Likewise, a number of companies – including Shell, Chevron, GE Baker Hughes and Eni – have partnered AI company NVIDIA. Others are investing in the ‘knowledge platform’ Maana, which has been described as ‘Google on steroids’ for industrial customers looking to extract value from their data.

Oil companies are also scrabbling to invest in robotics, with a view to automating difficult, dangerous or laborious tasks. Although the oil industry is some way behind other industries in this regard, there is a growing recognition that robots could reduce operating costs.

For instance, a company named Cyberhawk has sold drones to the likes of Shell and Centrica, allowing them to inspect offshore oil rigs without human involvement. Similarly, Statoil is working with the underwater robotics company Eelume to develop a ‘snake robot’ that ~can swim around subsea installations, performing repairs.

Meanwhile, GE and Noble recently joined forces to introduce the world’s first digital drilling vessel, Digital Rig. GE hopes the vessel will achieve a 20% reduction in operational expenditure, as well as detecting potential failures months before they would otherwise occur.

The solution is powered by GE’s Predix platform, and involves using data models from a digital ‘twin’ – a digital replica of physical assets – in combination with advanced analytics.

These examples are just scratching the surface of an industry-wide trend. The access to information enabled by digital innovation is now arguably as important as access to resources.

Efficiency is all, and there can be no going back to the business models that prevailed before the downturn.

“It will be essential for upstream companies to develop in-house capabilities and add external talent for data analytics and other leading technology, to stay ahead in the digital revolution,” says Schroeer.