The Upside Group has commissioned a 16MW lead-carbon storage system in Germany. 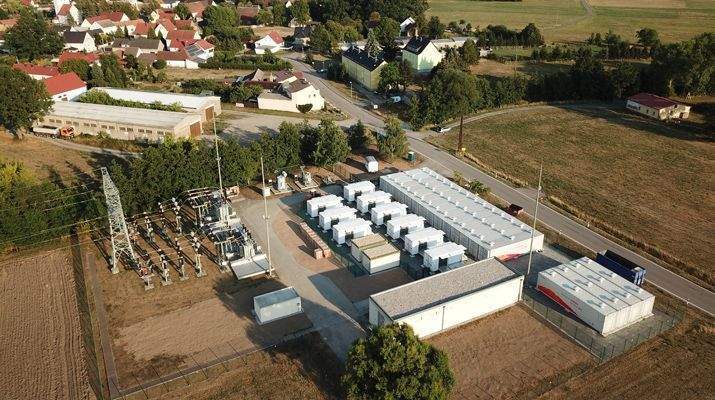 The lead-carbon storage system has a capacity of 25 MWh. Like the other systems already included in the Upside system portfolio, it provides grid management services. SMA Solar Technology (SMA) supplied the system technology for this project. The batteries come from Narada.

The Upside Group has been conducting battery tests under real-life conditions for four years and invests in the expansion of the German storage infrastructure. Based on the measurement results and the simulations building on them, it was possible to select components that were particularly suited and exactly dimensioned for future-proof use in the battery system. The result is an energy storage system with extraordinary features.

Battery containers with a total weight of 1,000 mid-size cars

The 90 kg battery cells from Narada, a joint venture partner of the Upside Group, were selected for their excellent performance parameters and maintenance-free features. Since construction started at the end of March, over 10,500 of these battery cells have been installed in 18 giant steel containers, and the entire system has now been successfully prequalified. The project’s implementation and future operation will be conducted by a special-purpose company founded together with Narada.

Connection at the heart of the distribution grid

Due to the deregulation of the electricity market in Germany as well as the removal of traditional energy producers that was agreed upon as part of the energy transition, major fluctuations occur in the utility grid at times. The steady addition of renewable energy sources feeding in irregularly, such as wind and solar energy, further intensifies this development.

Counteracting these effects is the purpose of the large-scale storage system installed in Langenreichenbach, Germany. It contributes to both grid relief in the entire region and the stabilization of the Central European electricity network system.

The battery-storage system provides what is known as the primary control reserve, which stabilizes the frequency in the utility grid and therefore creates the basic requirement for a reliable energy supply.

Upside Invest general manager Marc Reimer said: “The installation right on the premises of the electrical substation coupled with the connection at the heart of the MitNetz distribution grid enables the provision of not only the primary control reserve but also other grid management services. MitNetz Strom has recognized this, and we have found an important partner in them for our contribution to the energy transition.”

Monitoring down to cell level

During operation, the system is monitored down to the single cell by means of the SMA Sunbelt Monitoring System. Thus, the slightest deviations are already detected before a cell fails.

Further projects in the pipeline

The project in Langenreichenbach serves as a model for at least four other projects of this kind, which are to be realized in the coming months. The construction of a second, identical 16 MW large-scale storage system will start soon near Leipzig. Commissioning is also scheduled for 2018.