The four-unit coal-fired power station in the Midlands, England will be fully retired by the end of September 2024 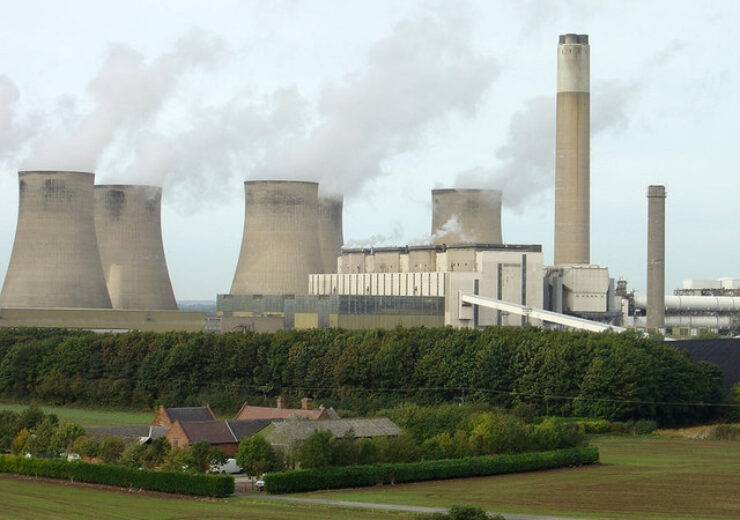 Uniper has announced that it will retire one of its four units at the 2GW Ratcliffe-on-Soar Power Station in England in 2022, which is two years ahead of the UK government’s deadline for coal phase-out.

The British government in June 2021 announced that coal-fired power generation will no longer be allowed across the UK after 1 October 2024.

Uniper said that the Ratcliffe-on-Soar Power Station will be fully retired by the end of September 2024, at the latest. The closure will happen after the hard coal fired-power plant meets its obligations under the UK capacity market agreements.

Uniper CEO Klaus Dieter Maubach said: “We have the ambitious goal of making the entire Uniper power plant portfolio in Europe CO2-neutral by 2035. To achieve this, we must seize every opportunity that comes our way.

“In the case of Ratcliffe, we want to take one unit off the grid more quickly.

“This is within the framework announced by the government – but we do not want to exhaust this, but bring the date forward two years.”

All the four coal-fired units of the power plant have a capacity of 500MW each. At full capacity, the Ratcliffe-on-Soar Power Station is estimated to cover the electricity requirements of nearly two million homes.

The power plant, which is located in Nottinghamshire, has been operating since 1968.

According to Uniper, Ratcliffe is the only coal-fired power station in the UK, which uses selective catalytic reduction technology. The technology can bring down nitrogen oxide emissions by 70-95%, said the company.

Besides, the power station has a flue gas desulphurisation (FGD) plant, which filters out sulphur dioxide (SO2) from the flue gases, prior to their release into the atmosphere.

Over the last five decades, the Ratcliffe-on-Soar Power Station is said to have reliably supplied nearly 4% of all electricity for the UK.

Uniper COO David Bryson said: “We are proud of the contribution Ratcliffe has made and will continue to make to keep the lights on in the UK. We are also looking at options now to transform the site in advance of the power station closing to allow us the best opportunity to retain and reskill the workforce.

“Our ambitious goal is to start building an energy recovery facility on part of the power station site at the end of next year and to have this facility fully operational by 2025.”