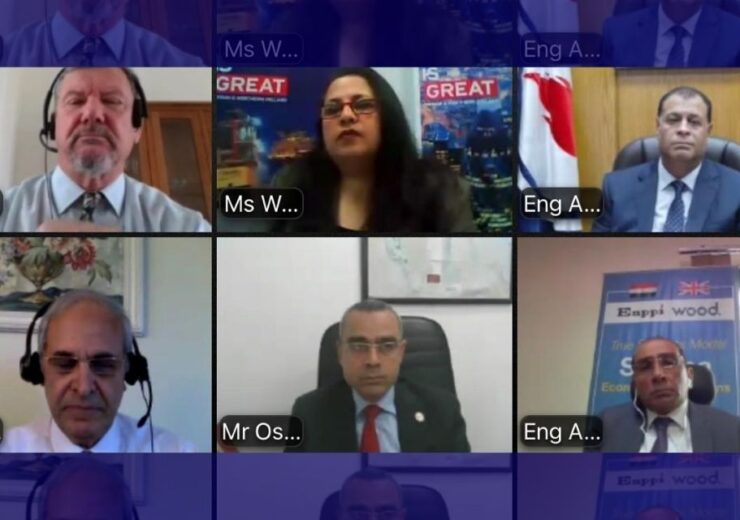 The UK Department for International Trade (DIT), in partnership with the Scottish Development International (SDI) organised the first virtual energy event to explore business opportunities for UK-Scottish companies in Egypt’s transition to net zero, as part of UK’s endeavour to support Egypt in its energy reform program.

Egypt is the largest non-OPEC oil producer in Africa, as well as the continent’s second largest natural gas producer. With Egypt currently implementing the Petroleum Sector’s Modernisation Project, aiming at a sustainable development of the petroleum sector, UK companies are keen to get involved in the many business opportunities presented.

More than 100 attendees joined the webinar, among them the British Ambassador to Egypt, Sir Geoffrey Adams, who delivered an opening speech and a country economic and security briefing. Egypt’s Undersecretary of the Ministry of Petroleum’s Technical Office, Osama Mobarez, also attended the event and gave an overview of Egypt’s energy priorities. In addition, the CEO of the Egyptian General Petroleum Corporation, Eng. Abed Ezz El Regal, participated and highlighted the important opportunities in Egypt’s oil and gas project pipeline.

The British Egyptian Business Association, the Egyptian British Chamber of Commerce and the Aberdeen & Grampian Chamber of Commerce have all promoted the event to their members alongside the Department for International Trade and Scottish Development International. The event demonstrated the level of enthusiasm amongst the participants from both the UK and Egypt to trigger a new era in Energy Transition.

“I was delighted to join this webinar today, and to thank everyone involved in putting it together. I spoke about the direction we have received from the President of Egypt and the Prime Minister of the UK to boost as much as we can the relations between our two countries, not least in the field of trade and investment; and I encouraged UK companies to take advantage of the opportunities here in Egypt, particularly as it reforms its energy markets and heads towards net zero.”

“It has been a great pleasure to co-present this successful event with our Egyptian partners and our colleagues in DIT. Over the last 50 years of exploration and production in the North Sea, Aberdeen in Scotland has gained prestige as the oil and gas capital of Europe, and with justification, our Subsea engineering skills lead the world. The global energy industry is undergoing a massive transformation, from fossil fuels to renewables, and the UK is at the forefront of that transformation, as the recently released report by Aberdeen-based Oil & Gas Technology Centre on UK’s journey toward a net-zero energy future excellently portrays. It is a journey we invite our Egyptian partners to take with us.”