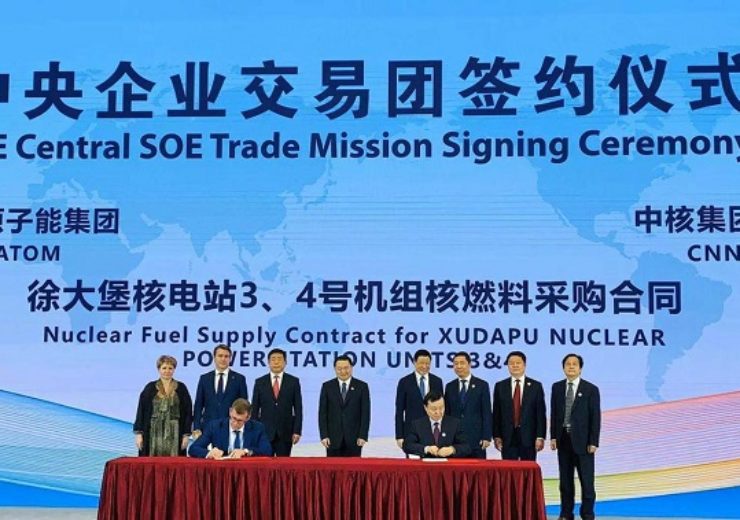 The two new Russian-design Gen 3+ power units with VVER-1200 reactors will be built at the site of Xudapu NPP in Liaoning province, district Huludao, in China’s North-East. The Contract includes supplies for the first core as well as for several further refueling. Rusatom Overseas coordinated the contract negotiations from the Russian side.
In July, 2019, TVEL signed the contract for nuclear fuel supply to the similar VVER-1200 units 7 and 8 of Tianwan NPP.

“Throughout the years, ROSATOM and CNNC have been developing the strategic partnership embracing nuclear fuel cycle as well. This includes not just fuel supplies to VVER reactors, but also a comprehensive industrial cooperation with manufacturing of Russian-design nuclear fuel in China. TVEL provides technological development for the localization of VVER fuel manufacturing in the Yibin fuel plant, introduction of longer fuel cycles at China’s VVER nuclear power units and helps developing fuel for China’s fast neutron reactors. These projects are accomplished in accordance with intergovernmental agreements and make a foundation for our long-time cooperation for decades ahead”, commented Natalia Nikipelova, President of TVEL JSC.
“Together with our Chinese partners, we have come long way working-out whole packages of contracts for the projects of Tianwan NPP and Xudapu NPP, as well as CFR-600 fast neutron reactor. Currently, we have already started accomplishment of these projects and now negotiate some new joint projects with the Chinese partners”, said Evgeny Pakermanov, President of Rusatom Overseas JSC.