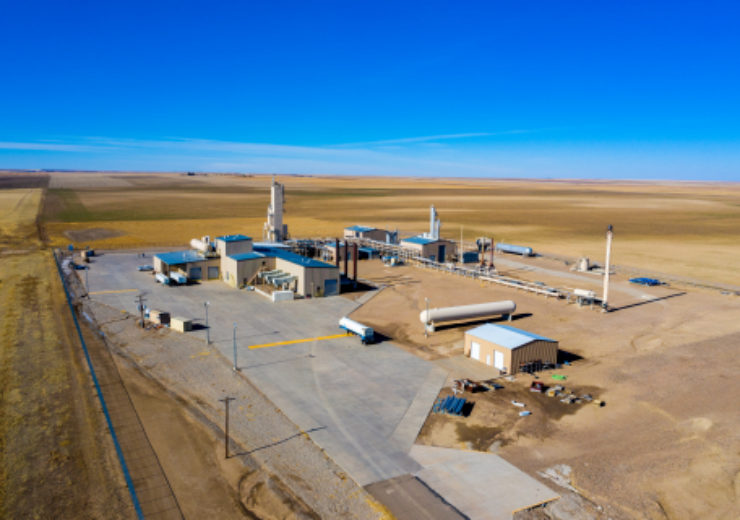 Tumbleweed Midstream has secured three new long-term gathering and processing agreements that have quadrupled production at its Ladder Creek helium plant in the US.

According to Tumbleweed, the two of the new agreements have more than doubled the plant’s inlet volume to 12 million cubic feet of natural gas per day (MMcf/d).

The third contract is estimated to increase the production further 3 to 5 MMcf/d over the next 90 days.

Additionally, the increased output from the three agreements is expected to increase the daily helium output of the plant to over 200,000 cubic feet per day (200 Mcf/d,) or around 65 million cubic feet (65 MMcf) per year.

Tumbleweed founder and CEO Durell Johnson said: “Helium is a highly valuable part of the natural gas stream in eastern Colorado and western Kansas, and Tumbleweed is pleased to return premium netbacks to the gas producers in the region.

“Despite the recent downturns in oil and natural gas pricing, helium demand remains strong and consistent.”

At present, the Ladder Creek cryogenic processing plant is capable of processing 40 MMcf/d, expandable to 50 MMcf/d.

Furthermore, Tumbleweed said that it will explore plant expansions as demand warrants.

Tumbleweed is an independent natural gas gathering and processing company that focuses primarily on the separation and production of liquefied helium, natural gas liquids (NGLs) and residue.

In January this year, Tumbleweed announced the acquisition of the Ladder Creek helium plant and gathering system from DCP Midstream for an undisclosed amount.