The SureSource 4000 targets applications with large load requirements and limited thermal needs, such as utility/grid support or data centers 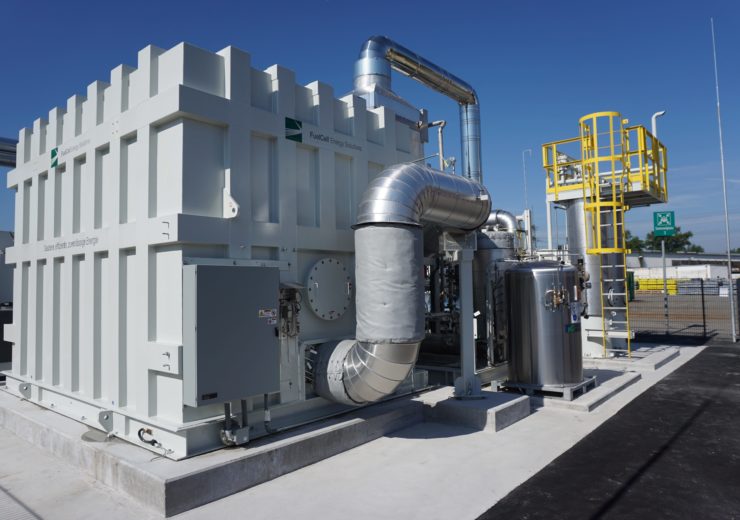 The SureSource 4000 targets applications with large load requirements and limited thermal needs, such as utility/grid support or data centers.

The project will provide increased power reliability, grid resiliency, and economic development for the state of Connecticut without harmful NOx, SOx and particulates that are generated by combustion based technology.

The project will generate Connecticut Class I renewable energy delivered to the local distribution electrical grid.

SureSource 4000 is an innovative solution for the utility industry, delivering high efficiency, distributed power generation where needed, through a scalable and affordable configuration that generates renewable energy credits and qualifies for investment tax credits.

The plant is designed to deliver 60 percent electrical efficiency – a performance level comparable to large-scale gas turbines but cleaner, and since it generates power near end users, it does not incur the transmission losses typical of larger, central generation plants. It also does not emit harmful emissions such as NOx, SOx, and particulates that large combustion turbines emit. The SureSource 4000 power plant, generates enough power for approximately 3,700 average sized homes, and requires only about 10,000 square feet, or less than ¼ of an acre.

“Based on our modular design, we are able to locate our platforms right where the power is needed: in this case, in the middle of downtown Danbury, Connecticut, avoiding inefficient and unsightly transmission infrastructure,” commented Jason Few, President and Chief Executive Officer, FuelCell Energy. “Our SureSource 4000 Platform is designed and configured to deliver 60 percent electrical efficiency while operating with a 95% capacity factor, versus an average capacity factor of 25-35% for solar and wind. The SureSource 4000 is yet another example of our innovation and industry leadership. Our energy platforms provide electricity, thermal energy, and hydrogen generation. We are accelerating our development on carbon capture, electrolysis, and long-duration hydrogen based energy storage.”

“Rizzo Companies was extremely excited to work with FuelCell Energy, as well as lease the land to FuelCell Energy that was needed for this project,” commented Tony Rizzo, Chief Executive Officer of Rizzo Companies. “FuelCell Energy has been an important asset for Danbury and the state of Connecticut, providing the area with high quality engineering, manufacturing and construction jobs, while developing the clean, local power solutions that are sorely needed.”

The Company is extremely proud to announce the commercial operation of this first installation of the SureSource 4000, as it is excited about the two SureSource 4000 power plants currently being developed on the U.S. Navy Subbase in Groton, CT. The U.S. Navy base project is further evidence of the mission-critical microgrid applications that FuelCell Energy power platforms support. The U.S. Navy project is anticipated to become commercially operational in 2020.