The Department of Finance Canada said that the pipeline holding company will get the required funding to wrap up the pipeline expansion project via third-party financing, either in the public debt markets or with financial institutions 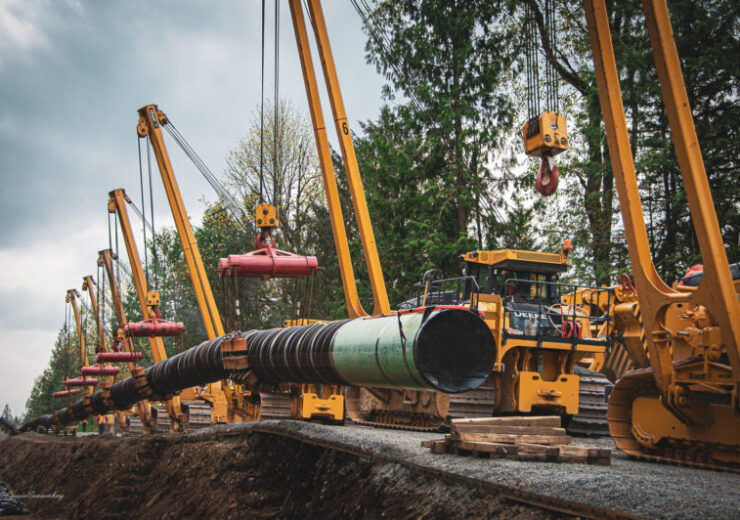 Costs of the Trans Mountain expansion project have increased by 70% to $16.82bn. (Credit: MediaValet Inc.)

The Canadian government said that it will not invest any additional public money in the Trans Mountain expansion project in spite of the project costs increasing by 70% from C$12.6bn ($9.9bn) to C$21.4bn ($16.82bn).

Currently, the pipeline expansion project is in the second half of its construction stage. It involves the twinning of the existing 1,150km-long Trans Mountain Pipeline between the provinces of British Columbia and Alberta.

The holding company, Trans Mountain said that the project cost has been increased following a full review to cover all known enhancements, changes, delays, and financing. It also includes the impact caused by the Covid-19 pandemic and the significant preliminary impacts of the floods in the Hope, Coquihalla, and Fraser Valley areas in British Columbia in November 2021.

In 2018, the Canadian government had acquired the Trans Mountain Pipeline system and its expansion project for C$4.5bn ($3.5bn) from Kinder Morgan Canada.

Construction on the Trans Mountain expansion project officially began in December 2019. At that time, the project cost was estimated at C$7.4bn ($5.8bn).

The Department of Finance Canada said that the pipeline holding company will obtain the required additional funding to wrap up the project via third-party financing, in the public debt markets or with financial institutions.

The department stated: “Both BMO Capital Markets and TD Securities have been engaged by the government to provide advice on financial aspects of the project.

“Their analyses confirm that public financing for the project is a feasible option that can be implemented swiftly. They have also confirmed that the project remains commercially viable.”

Trans Mountain expects the mechanical completion of the pipeline expansion project to be achieved in Q3 2023.

The company revealed that project enhancements would cost an additional C$2.3bn ($1.81bn). The amount will be invested to cover the increased trenchless construction activity, the installation of advanced leak detection systems, and new unplanned scope and changes in pipeline route among others.

Covid-19 and extreme weather have resulted in an increase of around C$1.4bn ($1.1bn) in the project cost said the company.

Trans Mountain president and CEO Ian Anderson said: “The progress we have made over the past two years is remarkable when you consider the unforeseen challenges we have faced including the global pandemic, wildfires, and flooding.

“At every step of the way, we have found solutions and responded. As a result, the Project is advancing with significantly improved safety and environmental management, and with a deep commitment to ensure this Project is being built the right way.”