The subsea tie-back project is anticipated to reach a daily production of 40,000 barrels of oil equivalent in mid-2022 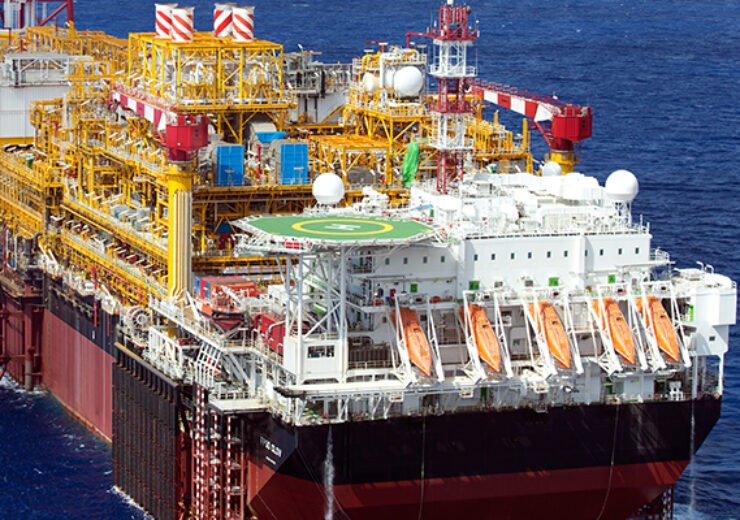 The CLOV phase 2 project has a tie-back to the CLOV FPSO. (Credit: The Angolan National Oil, Gas and Biofuels Agency)

TotalEnergies and Angolan National Oil, Gas and Biofuels Agency (ANPG) have announced the start of production from the CLOV phase 2 project in Block 17, offshore Angola.

CLOV phase 2 is connected to the existing CLOV floating production, storage and offloading unit (FPSO). The project involved the drilling of seven wells.

ANPG acting president Belarmino Chitangueleca said: “CLOV Phase 2 start-up comes at the right time to sustain the national oil production. We value the performance of the operator and the contractor group to keep executing projects despite this crisis period.”

The subsea tie-back project is expected to achieve a daily production of 40,000 barrels of oil equivalent in mid-2022, said TotalEnergies.

The CLOV phase 2 project is located nearly 140km off the coast of Angola.

Contained in water depths in the range of 1,100m and 1,400m, the project is estimated to have nearly 55 million barrels of oil equivalent in place.

TotalEnergies, which had initiated the tie-back project in 2018, said that it was executed within budget and as per the scheduled timelines, in spite of the problems resulting from the Covid-19 pandemic.

TotalEnergies Africa exploration and production senior vice-president Henri-Max Ndong-Nzue said: “The start of the production of CLOV Phase 2, a few months after Zinia Phase 2, demonstrates our continuous efforts to ensure a sustainable output on Block 17.

“This project fits within the company’s strategy to focus its upstream investments on low-cost projects which contribute to lower the average GHG emissions intensity of its production.

“CLOV Phase 2 start-up also highlights the performance of our teams despite the health crisis.”

The contractor group has four FPSOs operating in the main production areas of the Angolan block, which include Girassol, Dalia, Pazflor, and CLOV.

The four major hubs in the block were gradually brought into production between 2001 and 2014.