French energy giant Total has agreed to sell its Chinese polystyrene business to INEOS Styrolution, a global styrenics supplier, for an undisclosed price. 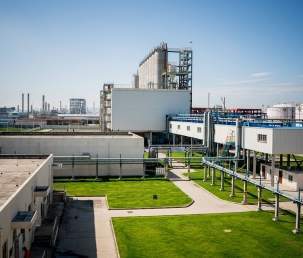 The sale includes two plants, located in Ningbo, Zhejiang Province, and in Foshan, Guangdong Province, with each having an annual production capacity of 200,000 tons of polystyrene.

Total said that it has accepted the offer from INEOS Styrolution as it does not have the necessary critical mass in China for the production of the hydrocarbon polymer unlike its capabilities in Europe and the US.

“Our polystyrene business will be now focused on Europe and North America, two markets where we are the No. 2.”

The Foshan plant, on the other hand, has 86 employees.

Total said that INEOS Styrolution has committed to maintain the business and jobs apart from meeting commitments to customers.

For the Germany-based INEOS Styrolution, the transaction marks its first production move into China and highlights its commitment to the Asian growth market.

“Not only does this move allow us to significantly increase our presence in a region with growing demand for polystyrene, it also enables us to provide customers in our core industries with locally produced best-in-class materials.”

The German company’s first acquisition was the global K-Resin styrene-butadiene copolymers (SBC) business from Chevron Phillips Chemical and Daelim Industrial, which was completed in March 2017. The deal enabled INEOS Styrolution to add the K-Resin SBC plant, located in Yeosu Petrochemical Complex in South Korea, to its global manufacturing network.

The sale of the Total’s Chinese polystyrene business is subject to the approval from the relevant regulatory bodies.