Total will be the operator of Block 12 with 80% stake, while the Thai state-owned company’s subsidiary will hold the remaining 20% stake 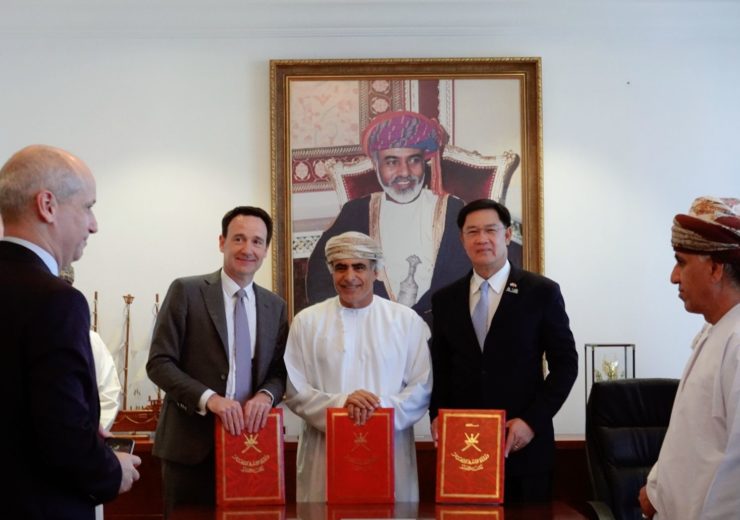 Singing of the EPSA for the Omani exploration concession Block 12. (Credit: PTT Exploration and Production Plc)

In this connection, PTTEP, through its subsidiary PTTEP MENA, and Total’s subsidiary Total E&P Oman Block 12 have inked an exploration and production sharing agreement (EPSA) with the Omani oil and gas ministry.

As per the EPSA, PTTEP and Total will undertake geological and geophysical studies, 3D seismic surveys followed by drilling of exploration wells during the initial three-year exploration phase from 2020 to 2022.

Total will be the operator of the Omani hydrocarbon block with an 80% stake, while the Thai state-owned company’s subsidiary will hold the remaining 20% stake.

According to PTTEP, the awarded acreage is of high gas potential apart from being the focus of the Omani government for exploration, development, and production.

PTTEP president and CEO Phongsthorn Thavisin said: “The signing of this Exploration and Production Sharing Agreement for Block 12 strategically strengthens PTTEP exploration investment and presence in Oman which is a high petroleum potential area in the Middle East with a favorable investment climate.

“The deal will also widen opportunity for PTTEP to further expand investment in the region for long term growth and to partner with a prudent operator that has extensive experience in Oman.”

The Thai oil and gas company said that the investment in the Omani exploration block is another major milestone for it after its $622m acquisition of Portuguese oil and gas firm Partex last year. The acquisition enabled the Thai company to take part in certain Omani onshore producing assets and also in oil and gas projects in four other countries.

The Thailand state-owned company has allocated an exploration and production budget of $4.61bn for the current year. The company plans to invest about $24.6bn in the next five years to grow its production volume and maintain its growth.