Considered to be Australia's most productive year for wind energy, 2019 saw the installation of eight new wind farms with a capacity of more than 837MW of the renewable energy 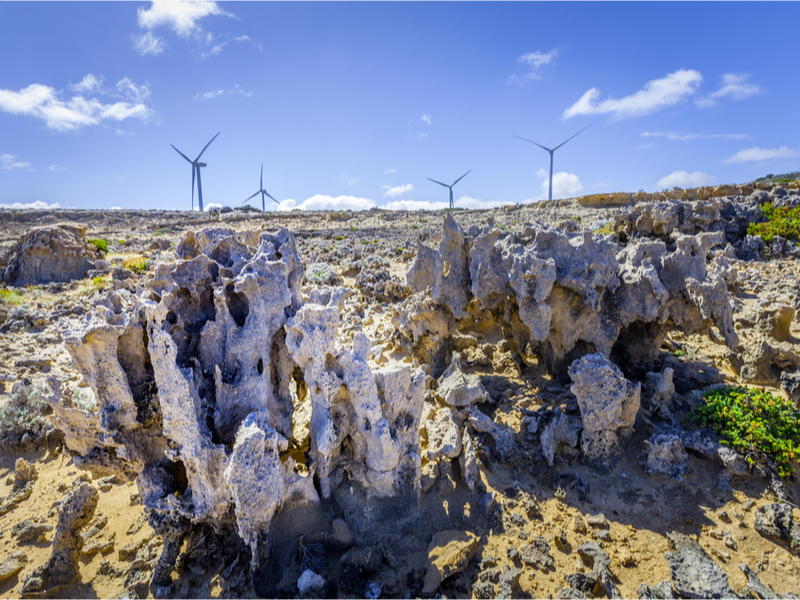 Considered to be the most productive year for wind energy, 2019 saw Australia install eight new wind farms with a capacity of more than 837MW — sufficient to power in excess of 4,240,000 homes.

Among the eight, the largest project to be commissioned was AGL’s 200MW Silverton Wind Farm in New South Wales. Other notable projects include Queensland’s 180MW Mount Emerald Wind Farm and Western Australia’s 130MW wind energy project, which is a part of the Badgingarra Renewable Facility.

As the cheapest source of large-scale renewable energy, 2019 saw wind pass hydroelectric power as Australia’s leading source of green power production. It also resulted in the wind energy sector supplying the country with 35.4% of all clean energy and 9.5% of its overall electricity mix.

Additionally, 30 wind farms — promising a combined capacity of more than 5.5GW — were in the construction stage or financially committed by the end of 2019. One of these, Victoria’s Stockyard Hill Wind Farm, will eventually boast 149 turbines churning out 536MW per year.

Coopers Gap Wind Farm is located in the hilly area west of the Bunya Mountains, approximately 250km north-west of Brisbane, in the Bilboa and Cooranga North region of Queensland. The AU$850m project generated its first electricity in June 2019, and is expected to be at full capacity in the second half of 2020.

Located 260km west of Melbourne and 16km east of Macarthur in south-western Victoria, Macarthur Wind Farm is a AU$1bn project developed through the joint venture of AGL Energy and Meridian Energy. Fully operational in 2013, Macarthur was sold to Malakoff Corporation Berhad and H.R.L. Morrison & Co. However, AGL still operates and maintains the facility, while reserving rights to electricity production and renewable energy certificates until 2038.

Five kilometres west of Snowtown in the Mid-North of South Australia, astride the Barunga and Hummocks ranges, lies Snowtown Wind Farm. Owned and operated by Tilt Renewables and Palisade Investment Partners, Snowtown Wind Farm comprises two projects of SWF-I and SWF-II, which house 138 turbines on a site area of 29 hectares around 170km north of Adelaide.

The South Australia wind farm can produce 1,335GWh of renewable energy per year, enough to prevent one million tonnes of CO2 emissions per annum and power 230,000 Australian homes.

With a total capacity of 370MW, both the phases of Snowtown Wind Farm fulfil more than 10% of the yearly electricity requirements of South Australia.

Developed, operated and maintained by renewables development company AGL Energy, Hallett Wind Farm comprises four wind power facilities near the towns of Hallett and Burra, South Australia. The four facilities include: Hallett 1 or Brown Hill, Hallett 2 or Hallett Hill, Hallett 4 or North Brown Hill and Hallett 5 or Bluff Range. The missing sibling in the list, Hallett 3 or Mount Bryan was cancelled due to permission being revoked.

Commissioned in 2008, Hallett Wind Farm consists of 167 wind turbines that have the capacity to generate 351MW of electricity. This is enough to power 205,000 homes, in the process saving 770,000 tonnes of greenhouse gases being emitted each year.

The wind power project consists of 105 wind turbines that generate the electricity to be supplied to 180,000 homes in the Australian Capital Territory. Hornsdale is also a major contributor in reducing the nation’s greenhouse gas emissions ― removing the equivalent of 290,000 vehicles from Australian roads.

Vestas to supply turbines for Guajira I wind park in Colombia