Thor Explorations has signed the engineering, procurement and construction contract with Norinco International for its 100% owned Segilola Gold Project, Nigeria. 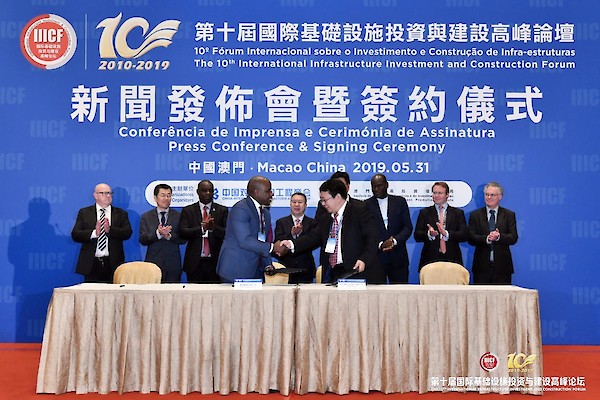 The EPC Contract was signed on the 31st May during the 10th International Infrastructure Investment and Construction Forum in Macao, China. The EPC Contract has been agreed on a lump sum turnkey (“LSTK”) basis which provides Thor with a fixed price of US$67.5 million for the full delivery of design, engineering, procurement, construction and commissioning of the proposed 650,000 ton per annum gold ore processing plant within 18 months of the commencement date and includes guarantees for construction schedule and plant performance.

The Signing of the contracts was also witnessed by Mr Frank Odoom, Director of the Mines Inspectorate, Ministry of Mines and Steel Development, Nigeria and Mr Abdulaziz M. Dankano, Consular General of Nigeria to Hong Kong and Macao.

Commencement of the EPC Contract is subject to certain conditions precedent, including financial close of the US$78m Africa Finance Corporation (“AFC”) financing announced in the Company’s press release dated 15 April 2018. In this regard, Thor is also pleased to announce that it has now received AFC Board Approval for the AFC financing. Thor and AFC are now in the process of documenting the financing.

The US$67.5m EPC Contract price compares directly to the US$65.9m total contract value stated in the Company’s Independent NI 43-101 dated 18 March 2019. The price difference is attributable to improvements in milling and leach circuits, power plant and augmentation of the Project construction team.

As announced in the Company’s press release dated 16 April 2019, Norinco International has also committed to provide US$6.5m in financing of the EPC Contract. As a result of the AFC and Norinco International financings and indicative terms provided by Project’s consumables supplier for a US$1.9m working capital arrangement, the Project is now 89% funded (US$86.4m of a total Project funding requirement of US$97.6m).

On 30 April 2019, Thor announced it had commenced a private placement for the total of US$15m. The private placement is progressing well, and its successful conclusion will result in the Project being fully funded through construction into operation.

“We are delighted to have reached another important milestone at the Segilola Gold Project. This is a key contract that fixes the majority of the Project cost, guaranteeing both construction time and plant performance, materially de-risking the delivery of the Project. I would also like to thank the representatives of the Ministry of Mines in Nigeria who have continued to show their support for the development of the Project and who witnessed the signing of this contract with Norinco International.”