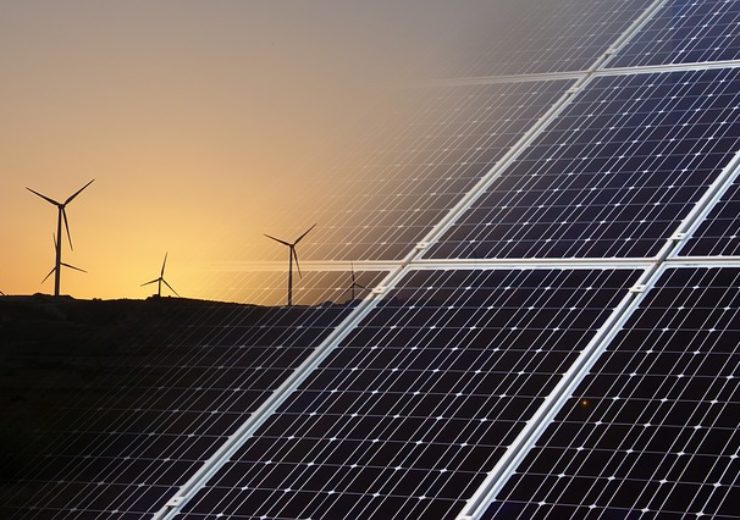 The leading electricity producer in terms of installed renewables capacity both in France and the European Union, the EDF Group has confirmed its acceleration of growth in the French renewables sector, with a 70% increase in gross renewable capacity at its EDF Renouvelables subsidiary over the last five years, an average growth rate of 12% per year. Several significant advances have come in 2019.

The Group’s “Plan Solaire” programme seeks to re-establish its leading position in the solar market in France with a target of 30% market share by 2035. Two years after it was announced, the preparatory phase of this programme has been completed and it has produced its first concrete results:

Ground-mounted solar – over the past two years, the Group has increased secured land area sevenfold, taking it to 2,000 hectares. Over the same period, the volume of projects with planning consent has increased fivefold, and the number of projects winning organised by the Commission de Régulation de l’Energie (CRE) has increased sixfold.

Roof-mounted solar – managed by the EDF ENR subsidiary, has also seen strong growth. With 20% market share, the Group is now the leader in the French self-generation market, with more than 10,000 residential installations and a hundred systems for commercial and industrial clients.

The preparatory phase of the “Plan Solaire” has thus been successfully completed. The programme will now move into the operational deployment phase; the total development time for a solar project, from the identification of a site to the start of production, remains around 4 or 5 years in France.

2019 has been a record year in France for the EDF Group in onshore wind, with nearly 200 MW of commissioned capacity and a similar volume under construction. For example, EDF Renouvelables has just completed the repow-ering of its Petit-Canal wind farm in Guadeloupe. This project to replace turbines has doubled the installed capacity of the wind farm to 12 MW, whilst more than halving the number of turbines (from 32 to 14).

A few weeks ago, the EDF Group and its Canadian partner Enbridge announced the start of construction of the Saint-Nazaire offshore wind farm. With installed capacity of 480 MW, this project will be the first to be built off the French coast and is expected to come into service in 2022. Construction on the Fécamp and Courseulles-sur-Mer projects is expected to begin in 2020. Lastly, the consortium headed by EDF Renouvelables won the 3rd government auction for the Dunkerque project (around 600 MW).

Thanks to these successes, EDF Renouvelables has just passed the symbolic milestone of 2,000 MW gross PV and wind capacity in France. This acceleration in renewable energy forms part of EDF’s CAP 2030 strategy, which aims to double the Group’s global renewable capacity, taking it to a net 50 GW by 2030. The large majority of this growth will be organic. It also reflects the Group’s commitment to meeting the ambitious targets for renewable energy set by the energy-climate law and the multi-year energy plan, which will see renewables (hydro, wind, solar, biomass and geothermal) increase their share of French electricity production to 40% by 2030.

Bruno Bensasson, EDF Group’s Senior Executive Vice President, Renewable Energies and Chairman and CEO of EDF Renewables, commented: “We are seeing a strong growth in our activities in France thanks to our teams’ com-mitment to working at a local level. For EDF Renouvelables, 2019 brought an acceleration around the world and a double rebalancing in terms of technologies – with more solar and offshore wind farms – and geography – with stronger footprint in Europe and emerging countries. These successes help drive the implementation of EDF’s CAP 2030 strategy which seeks to make our Group a world leader in carbon-neutral electricity, drawing on both nuclear and renewable energy, particularly hydro, wind and solar.”