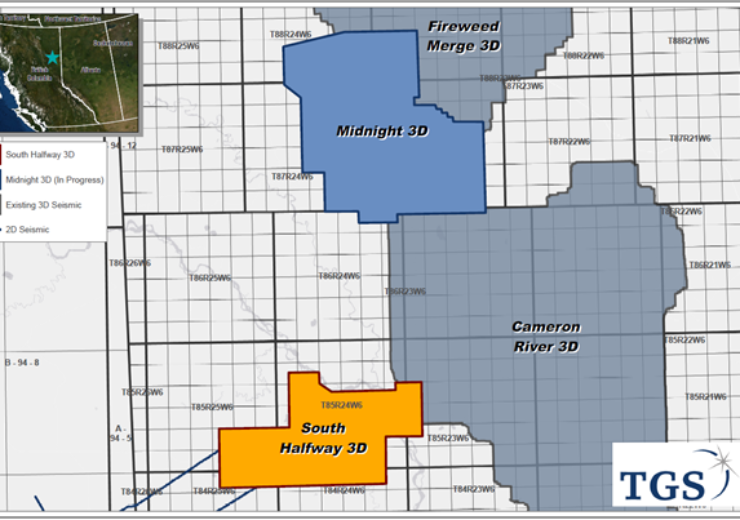 The South Halfway 3D is the second multi-client onshore project this winter season in the NEBC Montney basin for TGS, it is complementing recently announced Midnight 3D. When completed, the South Halfway project adds nearly 100 square kilometers of high-quality 3D seismic data and ties into existing TGS’ 3D seismic coverage in the area – exceeding 3,000 square kilometers over highly prospective Montney acreage. A full suite of AVO-compliant reservoir characterization products, in addition to a suite of pre-stack depth-migrated deliverables, will be available in early 2020.

Kristian Johansen, CEO at TGS, said, “The South Halfway 3D project is another great addition to TGS’ high quality seismic data coverage in the Montney basin in British Columbia and further expands our comprehensive onshore library in the region. Our combined seismic, well log and interpretation datasets provide the industry with invaluable subsurface insight, and the additional 3D coverage will be instrumental to our customers’ exploration and development efforts in the area.”