Teck can earn into the Loreto project from Golden Rim by spending a total of $17m on exploration and making staged payments totalling $600,000 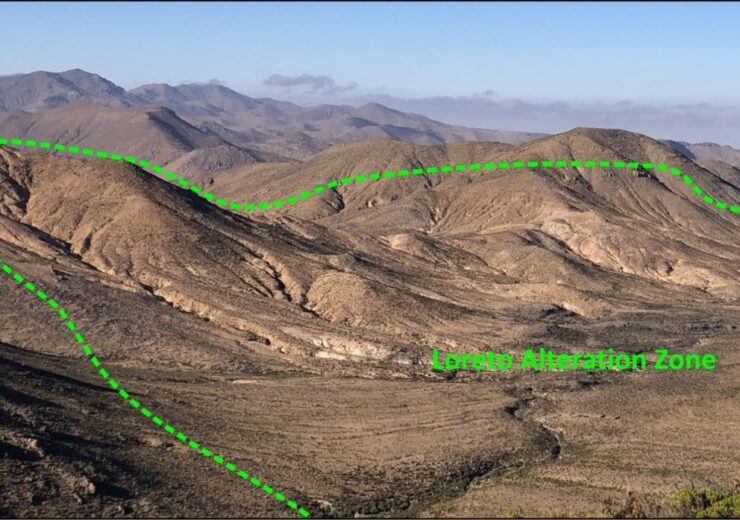 Golden Rim Resources has executed an option and joint venture (JV) agreement with the Chilean subsidiary of Teck Resources (Teck Chile), allowing the latter to acquire stake in the Loreto copper project.

Under the terms of the agreement, Teck Chile obtains an option to acquire 55% stake in Loreto, by spending $5m at the operation and making staged payments totalling $600,000.

Upon exercising the first option, Teck Chile can further acquire an additional 20% interest in Loreto, by spending additional $12m over a period of four years.

In addition, Teck Chile and Golden Rim will form a JV, where both parties will make equity contributions to the JV as per their pro-rata share of future expenditures on Loreto.

“Golden Rim is very pleased to execute this agreement with Teck, one of Canada’s leading mining companies, to explore Loreto.

“Teck has two major copper operations in Chile, including the Quebrada Blanca Mine, located 120km south of Loreto along the West Fissure.”

Loreto extends over an area of 16km2, and comprises mineral concessions that formed a part of the Paguanta project prior to the agreement with Teck Chile.

The remaining Paguanta mineral concessions comprise the Paguanta JV, between Golden Rim with 75% stake and Costa Rica Dos with 25%.

Loreto is located at the northern extension of Chile’s West Fissure, which is said to be the world’s largest concentration of major porphyry copper-molybdenum deposits.

The project is surrounded by the properties owned by large-scale copper companies BHP and Codelco.

It is located 30km north-east of BHP’s Cerro Colorado mine, with a Measured and Indicated mineral resources of 519Mt at 0.55% copper.

Also, it lies 130km north of Collahuasi, with a Measured and Indicated mineral resource of 2,340Mt at 0.66% copper and Quebrada Blanca with a proven and probable mineral reserves of 1.43Bt at 0.51% copper, 0.021% molybdenum.

“With the ability to retain an interest in Loreto, Golden Rim gets to share in the upside should Teck make a significant copper discovery.

“The agreement also allows us to deliver value from the project while focusing on growing our gold inventory at the Kada Gold Project in Guinea.”