The Gargantuan Project covers a 4 to 6.5 kilometres strike of the source area ("the Gargantuan Source") that has given rise to the largest coherent concentration of artisanal gold workings in the Guiana Shield 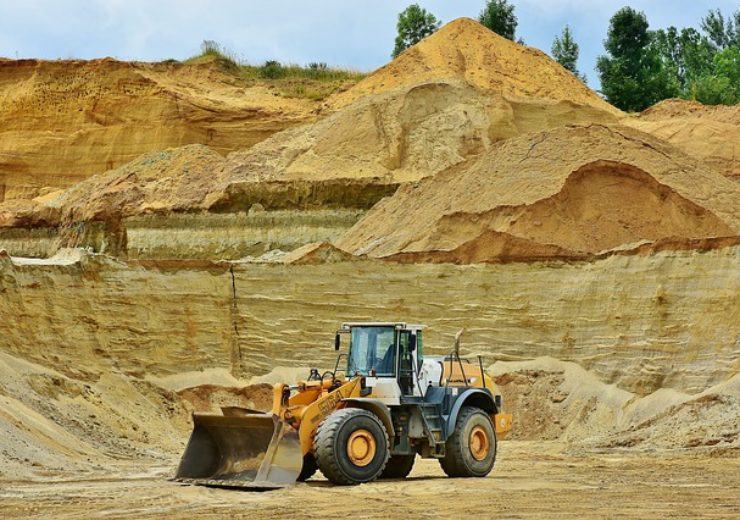 Tajiri Resources announces that it has entered into a non-binding Letter of Intent to acquire two prospective gold projects in Guyana, South America – the Gargantuan Project, located in the Mahdia region, and the Epeius Project located in close proximity to the one million tonne per annum Karouni Mine of Troy Resources Limited (ASX: TRY).

The Gargantuan Project covers a 4 to 6.5 kilometres strike of the source area (“the Gargantuan Source”) that has given rise to the largest coherent concentration of artisanal gold workings in the Guiana Shield.

Within the Guiana Shield, the artisanal workings associated with the Gargantuan Project are an order of magnitude larger than workings related to most other known > 1 Moz gold deposits and are only equalled in area by those of the Giant1 ~45 Moz2  Las Cristinas+Brisas gold deposit.

The Gargantuan Source is well defined by the upstream/uphill limits of alluvial, colluvial and lateritic gold workings and appears contiguous over 9 kilometres strike with every creek flowing from it or over it and almost every slope downhill from it having been worked at some point since the 1880s.

Along strike from the Project’s boundaries, recent work by Goldsource Mines Inc. (TSXV: GSX) has identified a north-south striking chargeability and resistivity anomaly co-incident with the Gargantuan Source.

The Epeius Project covers a ~ 17 kilometre strike of the greenstone belt (referred to as the “Tallman Corridor” by Troy) which hosts Troy’s recently discovered Ohio Creek Deposit with a maiden inferred resource estimate of 2.2 Mt @ 1.9g/t and where trial mining is about to commence.

The Tallman Corridor is associated with extensive alluvial artisanal workings and anomalous stream sediment geochemistry along the entire 17 kilometres of strike encompassed by the Epeius Project.

The Epeius Project also contains several targets for immediate drilling which consist of immediate on-strike extensions from: primary artisanal workings, soil geochemical anomalies and several shallow economic drill intercepts generated by Troy at the boundary of the Project including:

The Gargantuan Project is comprised of 34 mining claim licences and 13 mining permits which total 5,900 acres (2,390 hectares):

Additional arms-length payments that remain to be made to third party vendors of the Gargantuan Project total USD 380,0000 and are as follows:

Apart from the payment of statutory transfer fees for these properties of approximately US$ 1,000 per licence/ permit there are no other encumbrances, liens or outstanding interests over the properties that comprise the Gargantuan Project.

Further technical details of the Projects will be furnished in subsequent announcements.

In February, 2019 after Goldsource Mines (TSXV: GSX) and Troy Resources (ASX:TRY) announced high tenor drill intersections at the Salbora (including 69m @ 6.5g/t) and Ohio Creek Prospects (including 16m @ 10.1g/t from 2m; 10m @ 16.7g/t from 90m; and 9m @ 40.5g/t from 89m), Executive Chairman of Tajiri Mr. Dominic O’Sullivan determined that two potentially significant economic gold discoveries had been made in Guyana and that highly prospective on-strike extensions to these discoveries were available for acquisition.

Because market financing was not available to Tajiri at that time for the acquisition of gold exploration projects, such that Tajiri was not then able to take advantage of the opportunity, Mr. O’Sullivan arranged to acquire the properties that comprise the Gargantuan and Epeius Projects privately.  To date approximately US$708,000 has been spent by Mr. O’Sullivan and others on acquiring the Projects in arms-length transactions from third party vendors, and two of these vendors are now shareholders of the private companies vending the properties to Tajiri.  Mr. O’Sullivan’s controlled indirect interest (through holding companies and trusts) in the two Projects is 48.85%.

Mr. O’Sullivan, is currently a director, officer and a “control person” of the Corporation for the purposes of applicable securities legislation.

In addition, Mr. Robert Power a director and shareholder of the Company, has a beneficial 4.0% interest in the two Projects.

The Terms and conditions of the Letter of Intent to acquire the Epeius and Gargantuan Projects are:

The proposed acquisition will be a “related party transaction” under TSXV policy 5.9 and pursuant to MI 61-101.  As such, the transaction will require the Company to obtain disinterested shareholders’ approval.

The closing of the Acquisition is subject to several conditions including, but not limited to the following:

(i) entering into a definitive agreement with the Vendors;

(ii) approval of the majority of disinterested shareholders; and

(iii) approval of the TSX Venture Exchange (the “TSXV”).

Graham Kevil CEO and President of Tajiri stated: “Combined with the Tajiri’s advanced Reo gold exploration Project located in Burkina, the acquisition of the Gargantuan and Epeius Projects will push Tajiri to the front ranks of the global junior exploration pack.  We have maintained the Company through the past 8 years of challenging times and have emerged with three excellent Flagship Projects that provide unparalleled exploration potential.  Tajiri is now poised on the cusp of generating significant investment returns for all stakeholders.”