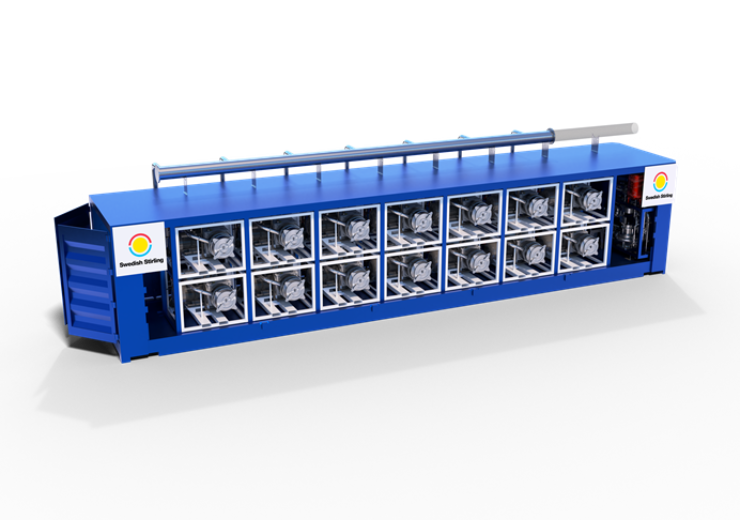 With its PWR BLOK 400-F, Swedish clean tech company Swedish Stirling AB has developed a unique method of converting industrial residual gases into climate-friendly electricity. According to Lloyd’s Register, an independent certification company, the PWR BLOK is the cheapest way to generate electricity that exists today, yielding greater CO2 savings per Euro invested than any other type of energy. The company’s first PWR BLOK unit was commissioned this spring by South African ferrochrome producer Afarak Mogale.

As part of financing its rapid South African expansion, Swedish Stirling now introduces a greener loan. In addition to the interest payments, the loan guarantees that the carbon credits generated by the PWR BLOK during the term of the loan will never be resold. The loan thus ensures that very large quantities of CO2 globally will never be produced.

The af Jochnick family – the founders of Oriflame – will be the first lenders to the new type of loan. The nominal amount of the loan will be SEK 10 million, with an interest rate of 8.25% and a maturity of 4 years, and an option to extend by 2 years. The loan corresponds to the cost of two PWR BLOK units, and thus to CO2 savings of just over 6,500 tonnes/year. The loan thereby enables up to 40,000 tonnes of CO2 emissions to disappear during the term of the loan.

“Swedish Stirling has very exciting clean tech that clearly reduces large amounts of CO2 emissions at a low cost. Getting in on the ground floor and contributing to the rapid spread of this technology was the most important reason for us to issue the green loan. As in everything we do, we make sure that our investments yield maximum benefit. In this case we will accomplish a reduction of CO2 emissions,” says Alexander af Jochnick.

“Our new loan is a real CO2 killer. We thank the af Jochnick family for their early support and confidence,” says Sven Sahle, Chairman of the Board and largest shareholder of Swedish Stirling.

“Since the PWR BLOK is the technology that yields the largest amount of CO2 savings per Euro invested in the world today, we can offer a loan that makes a really big positive environmental impact even at relatively small amounts invested,” says Gunnar Larsson, CEO and founder of Swedish Stirling.