The floating solar project to be built on Duriangkang reservoir will have a 2.2GW capacity 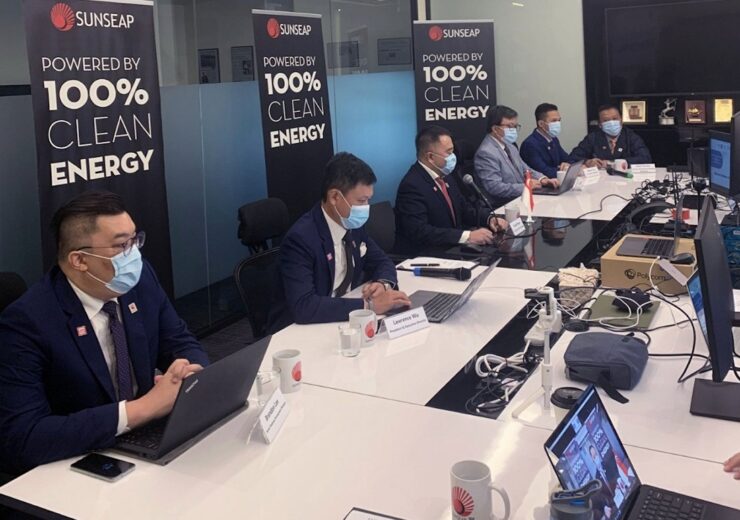 Sunseap has teamed up with Badan Pengusahaan Batam (BP Batam) to build a floating photovoltaic system and energy storage system in Indonesia, with an estimated $2bn investment.

The two entities have signed a Memorandum of Understanding (MOU) to build the floating solar and energy storage projects on Duriangkang reservoir in Indonesia’s Batam Island.

In terms of generating and storage capacities, both projects are said to be the world’s largest of their kind.

Sunseap co-founder and chief executive officer Frank Phuan said: “We are honoured to be given the opportunity to partner BP Batam in helping to promote sustainable development in the region, and to bring affordable and stable clean energy to Batam and beyond.

“This hyperscale project is a significant milestone for Sunseap coming soon after we had completed Singapore’s first offshore floating solar farm along the Straits of Johor.

“We believe that floating solar systems will go a long way to address the land constraints that urbanised parts of Southeast Asia face in tapping renewable energy.”

Duriangkang Reservoir is the largest reservoir in Batam, which supports more than 50% of fresh water supply to Batam Island.

The floating solar panels are expected to reduce the evaporation, to help retain more water within the reservoir, while the water keep them cool, to help generate more clean energy.

Sunseap intends to finance the project through a mix of bank borrowings and internal resources.

The construction is planned to commence in 2022 and complete in 2024.

The floating solar farm is expected to generate more than 2,600GWh of electricity, and potentially offset more than 1.8 million metric tons of carbon, per annum.

A portion of the generated green energy at the project will be consumed within Batam, while the remaining is expected to be exported to Singapore through a 50km subsea cable, said the company.

BP Batam chairman Muhammad Rudi said: “This investment by Sunseap will be a timely boost for Batam’s industries as they seek to reduce the carbon footprint of their operations. At the same time, it will create jobs and transfer skills to Batam’s clean energy sector.”