Statkraft to begin construction on 519MW wind project in Brazil 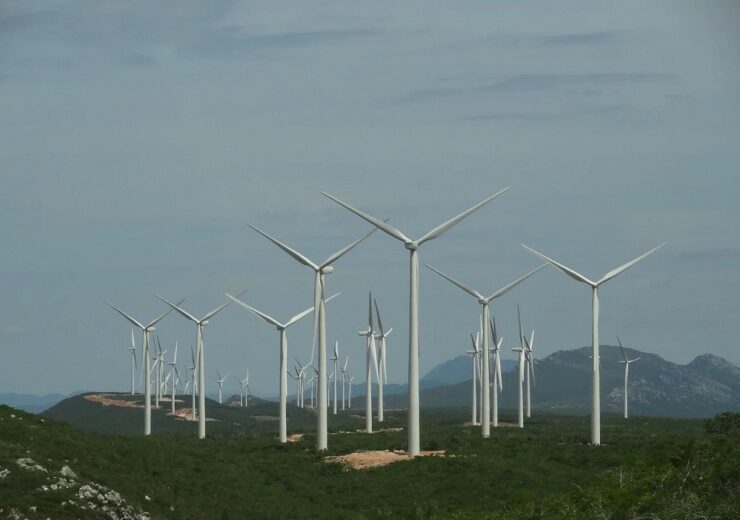 Norway’s Statkraft has announced that it is ready to commence construction its 519MW Ventos de Santa Eugenia wind project in northeastern Brazil.

The wind project is expected to more than double Statkraft’s renewable energy capacity in Brazil.

Construction on the project is expected to begin in January 2021.

Statkraft international power EVP Jürgen Tzschoppe said: “The construction of Ventos de Santa Eugenia represents a significant step on the way to reaching the goal of developing 6 GW of wind power globally by 2025 and fulfil our ambition to become a leading renewable energy company in the world.”

Ventos de Santa Eugenia project will be built with $458m

The project will be located close to Statkraft’s existing wind power assets in the state of Bahia.

The first wind turbines at the Ventos de Santa Eugenia project are anticipated to begin operation in September 2022.

Upon commissioning, the wind power facility will generate almost 2.3TWh of renewable energy per year, which is enough to supply 1.17 million Brazilian homes.

In 2019, Statkraft Brazil purchased a 660MW wind project from a local developer.

Statkraft Brazil country manager Fernando de Lapuerta said: “As Brazil is probably one of the most competitive countries in the world when it comes to renewables, I’m very pleased to see that Statkraft is able to produce a competitive and profitable project like this.”

In September, Statkraft has completed the acquisition of five fully permitted solar projects in Ireland from Lightsource bp.