At 40 metres long, 45 metres wide and 15 metres high, the heavyweight superstructure’s role is to collect and manage 1,075MW of power generated by the 114 Vestas wind turbines before transferring it ashore via around 60km of offshore subsea cabling 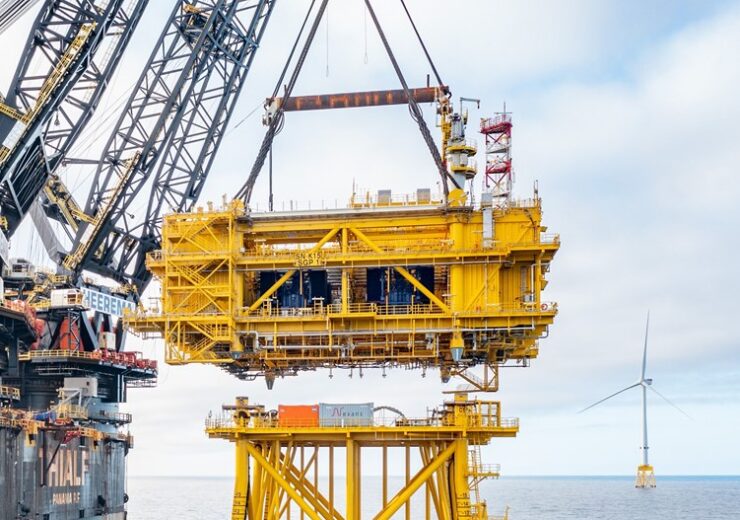 Scotland’s largest fixed bottom offshore wind farm and the world’s deepest, Seagreen, currently under construction off the Angus coast, has passed another significant milestone with the successful installation of the 4,800 tonnes offshore platform topside.

The topside forms the backbone of the offshore wind farm. At 40 metres long, 45 metres wide and 15 metres high, the heavyweight superstructure’s role is to collect and manage 1,075MW of power generated by the 114 Vestas wind turbines before transferring it ashore via around 60km of offshore subsea cabling.

Once onshore, the electricity continues to the new Tealing substation near Dundee via a further 19km of cabling for onward distribution to homes and businesses via the national electricity network.

The topside was lifted from a heavy transport vessel and on to the previously installed 6-legged jacket foundation. The completed structure sits in water depths of around 55m and will be one of the largest AC platforms in UK waters.

Specialist cable installation and support vessels will continue to install the onsite inter-array network of cables to the turbines and to the offshore platform. Another vessel is currently installing the export cable from the landfall point at Carnoustie.

John Hill, director of the Seagreen wind farm project said: “Once again, the many years of careful design and planning have come to fruition with the arrival and successful installation of one of the UK’s largest offshore AC platforms, serving what will become Scotland’s largest offshore wind farm.

“At around 4,800 tonnes, the topside is a significant piece of equipment which has been carefully designed to withstand the rigours of a long operational life in the North Sea. The teams involved have done an excellent job.”

“The safe and successful installation of the substation topside is a significant milestone in the delivery of this important energy transition project for the UK. Everyone involved should be proud of this achievement and the great teamwork and collaboration shown between all partners and parties working together.”

Situated around 27 kilometres off the Angus coast, the Seagreen wind farm is a joint venture between SSE Renewables (49%) and TotalEnergies (51%). SSE Renewables is leading the development and construction of the Seagreen project and will operate Seagreen on completion for its expected 25-year lifetime.

The Seagreen Wind Farm is scheduled to enter operation in early 2023. At 1.1GW, the wind farm will be capable of generating around 5,000 GWh of renewable energy annually which is enough clean and sustainable electricity to power more than 1.6m UK homes. With the equivalent saving of around 2m tonnes of carbon dioxide emissions annually, Seagreen will make a significant contribution to Scotland’s and the UK’s net zero targets and contributing significantly to SSE’s Net Zero Acceleration Programme.