The new hydrogen storage facility is planned to be built at the HYBRIT pilot plant in Luleå, Sweden 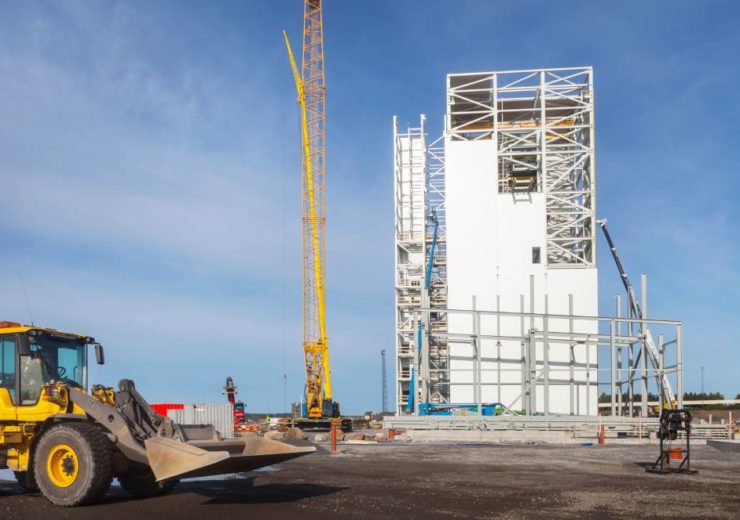 Image: The new hydrogen storage facility is planned to be built at the HYBRIT pilot plant in Sweden. Photo: courtesy of Vattenfall AB.

Steel manufacturer SSAB, mining company LKAB and Vattenfall have agreed to invest SEK150m ($15.1m) for the construction of storage facility for fossil-free hydrogen at the HYBRIT pilot plant, in Luleå, Sweden for fossil-free iron and steel production.

Vattenfall president and CEO Magnus Hall said: “Now, with the support of the community, we are investing in the next piece of the jigsaw puzzle for a value chain in which hydrogen gas plays a decisive role in the success of the initiative and the development of competitive fossil-free electricity generation in Sweden.”

The initiative aims to reduce Sweden’s total carbon dioxide emissions by 10% by using fossil-free electricity and hydrogen instead of coke and coal in steel production.

The project involves the construction of a new hydrogen gas storage facility 25-35 meters below the ground surface on LKAB’s land in Svartöberget, and close to the pilot plant, which is under construction on SSAB’s site in Luleå.

The partners are seeking ways to scale up the fossil-free steel manufacturing from iron ore for commercial use, by building a demonstration plant in 2025. The pilot plants for fossil-free steel production are planned to be operational from 2021 to 2024.

Vattenfall said that the aim is to sell fossil-free steel on a broad scale from 2035.

SSAB president and CEO Martin Lindqvist said: “The HYBRIT initiative gives us the opportunity to eliminate carbon dioxide emissions completely, and to lead the work of developing fossil-free steel products.

“The investment in a storage facility for fossil-free hydrogen gas is an important building block in achieving our goal of a fossil-free value chain from ore to finished steel. I am delighted with the support from the Swedish Energy Agency.”

The storage facility is scheduled to be operational from 2022 to 2024.

Swedish Energy Agency director general Robert Andrén said: “Large-scale storage of hydrogen gas will be an important piece of the jigsaw puzzle for a fossil-free value chain for steel manufacturing, but also in a future electricity system with an increasing proportion of weather-dependent power.”

In June 2018, SSAB, LKAB, and Vattenfall commenced construction of a unique pilot plant in Luleå. The partners also started work recently on the reconstruction of a pellet works in Malmberget to replace fossil fuel with bio oil for manufacturing fossil-free pellets.

Last year, the partners secured SEK528m ($53.4m) in financial backing by the Swedish Energy Agency for the HYBRIT initiative.