sPower’s 500MW solar project to become among largest in US

The Spotsylvania Board of Supervisors has approved three special use permits for sPower’s proposed 500 megawatt (MW) solar project. 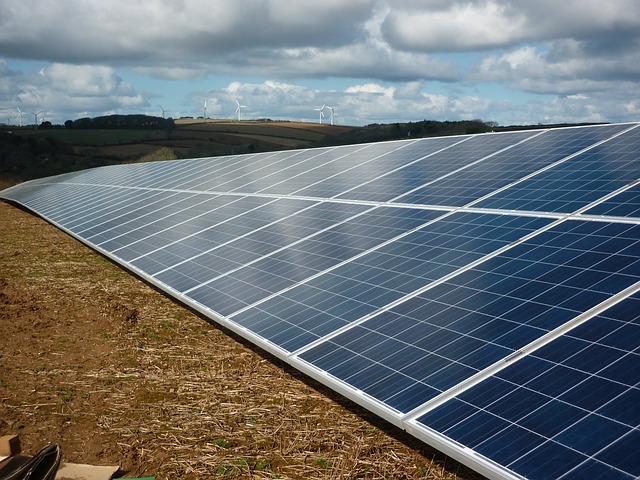 Image: A solar plant. Photo: Image by jaidee from Pixabay.

The project will be built in phases over the next two years and will ultimately generate over $20 million in new tax revenue for Spotsylvania County. The project will create approximately 800 construction jobs and 35 full-time jobs.

sPower CEO, Ryan Creamer commented, “sPower is beyond excited to get this final vote of approval. We are pleased with how hard our staff and the County Supervisors have worked to create what will be a world class project that will be a source of pride for everyone in the County.” Mr. Creamer went on to say, “We are also proud to be able to generate enough power with this project to supply the equivalent of approximately 111,000 homes and offset 340,000 tons of carbon dioxide emissions each year.”

“This is a landmark project for sPower, Spotsylvania and the Commonwealth of Virginia, which will bring hundreds of new jobs and new tech investment to the area,” said Daniel Menahem, Director, Solar Development for sPower. “Over the last year we have worked closely with County staff, officials, and citizens to ensure that this project fits well with the character and community of Spotsylvania.”

“I feel confident the Board of Supervisors has addressed all the issues involving this project and that it is safe,” said Supervisor Greg Benton. “I believe ultimately this project will be very beneficial to Spotsylvania County and look forward to seeing the sPower project come to fruition and being a success. This is going to be a long-term partnership for both sPower and Spotsylvania County and will hopefully be prosperous and beneficial for us both.”

To help fill the jobs this project will create, sPower will hold local career fairs and job training programs. Additionally, sPower is a proud supporter of the men and women who serve this country and is committed to outreach that facilitates hiring veterans.