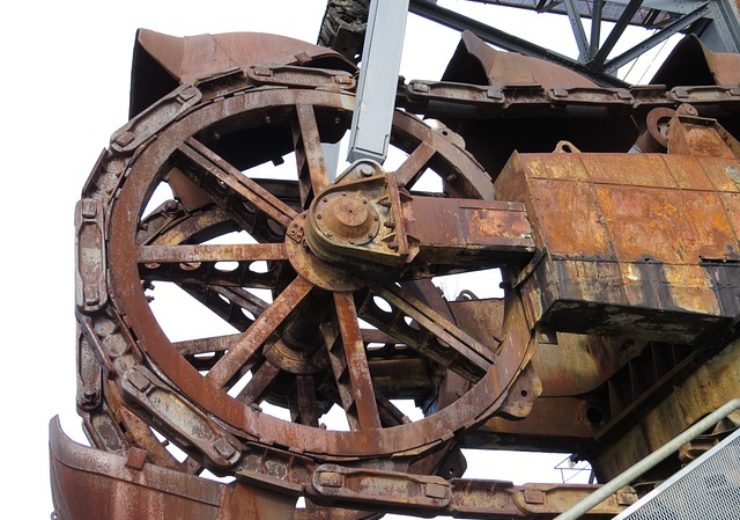 To confirm historical Reverse Circulation (“RC”) drill assay results reported by past operators of the property
Test the zone of known gold mineralization with modest step-outs to the north and south
Collect specific and correlative analytical, structural and lithological information of the vein system while incorporating accurate down hole survey control that only core drilling can provide
All core is now being logged and selective samples will be submitted to ALS USA Inc.’s laboratories in Reno, Nevada. Assay results will be released after they become available.

David Tupper, Southern Empire’s VP of Exploration stated: “The initial phase of drilling at Eastgate was flawlessly executed by Southern Empire’s team in the field and our drill contractors, Falcon Drilling, Inc., with the first two confirmation holes intersecting the vein structure at expected down hole intervals, and the second hole (EG20-02) piercing the vein structure within approximately four metres of historical hole RC90 CEG-5, which intersected 3.05 m grading 8.57 g Au/t. Drilling was completed on time, on budget and with no safety incidents” Mr. Tupper continued.

Dale Wallster, Southern Empire’s President and CEO stated: “With recently completed and oversubscribed financing, for total proceeds of approximately $4 million, Southern Empire has the financial flexibility to expand this drill program in a meaningful way. A continued, methodically executed drill program will allow for the accelerated advancement of our 85% owned Eastgate Gold Project.”

Core drilling utilizes a diamond-impregnated drill bit to collect a cylindrical sample of rock in the state that it is found, providing accurate lithological and structural data and uncontaminated samples over specific, discrete sample intervals. RC drilling is commonly used in exploration, as it is both faster and less costly.  However, RC drilling does not produce a core sample, but rather bores a hole in the ground by breaking the rock into small chips samples; it does not allow for any information regarding geological structures or exact lithological contacts to be collected and these are paramount to the understanding of gold deposits and targeting of exploration efforts. In addition, RC drilling does not allow for specific lithological intervals to be sampled as mixing of the rock chips retrieved, over larger sample intervals, occurs during the RC process.

No historical core holes have been drilled on the Eastgate Property and no historical RC drill cuttings exist for the project. Historical RC hole locations are based on exploration map grids that have been subsequently field checked and tied into the UTM coordinate system. With no reliable downhole survey data available for historical drill holes, there is uncertainty regarding their relative end of hole positions.

All of the drill core has been logged (geological and geotechnical), tagged, photographed, and zones of significant alteration and veining will be cut and sampled. Down-hole orientation surveys were performed for the current drill program using a Reflex EZ-Trac tool on the drill.

Drill core will be retained for a permanent record and stored in a secure core storage facility in Fallon, Nevada. One-half of selected drill core samples will be cut, recorded, checked and sealed in individual bags at the geochemistry laboratory of ALS USA Inc. in Reno, Nevada, which conforms with the Standards Council of Canada, Requirements and Guidance for the Accreditation of Testing Laboratories (ISO/IEC 17025:2005, RG-MINERAL).

Standards, blanks, and duplicate samples will be assayed with the core samples to verify the quality control and assurance of the geochemical sample process. Both low and high grade standards will be run. Southern Empire will run 10% quality control and assurance material to assure the validity of the assays received. Standards and blanks are provided by Shea Clark Smith/ MEG Labs of Reno, Nevada.

The scientific and technical information contained in this news release has been prepared, reviewed, verified and approved by David Tupper, P.Geo. (British Columbia), Southern Empire’s VP Exploration and a Qualified Person within the context of Canadian Securities Administrators’ National Instrument 43-101; Standards of Disclosure for Mineral Projects.

Work Programs During the COVID-19 Pandemic

While the timing of Southern Empire’s on-going exploration programs are contingent on governmental regulation regarding the COVID-19 pandemic, no meaningful delays to the completion of the Eastgate drill program occurred. Southern Empire and all subcontractors adhered to all government regulated COVID-19 protocols and restrictions regarding personnel management, lodging, and travel. As the health and safety of employees, contractors and associated communities is a top priority, Southern Empire will continue to monitor COVID-19 regulatory protocol and follow governmental regulations and recommendations in future work related to both the Eastgate and Oro Cruz Gold Projects.

As part of the safety protocol, the companies have implemented screening procedures, daily temperature monitoring, self-assessment checklist and issued directives regarding social distancing to ensure a safe environment for operations.