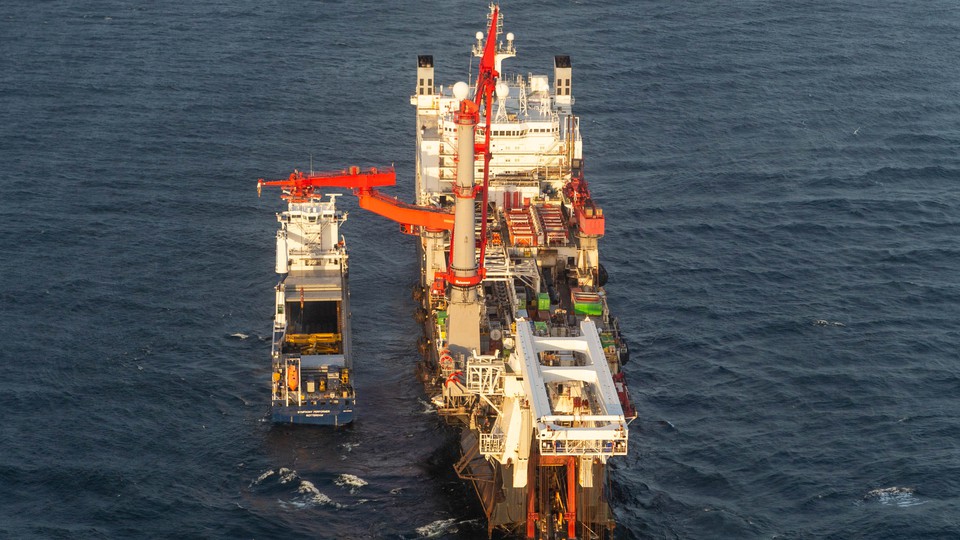 The 1,230km Nord Stream 2 pipeline will Russian gas to Europe, across the Baltic Sea. It is an expansion of the existing Nord Stream pipeline.

Russia’s state-owned firm Gazprom is developing the pipeline through its wholly-owned subsidiary Nord Stream 2, which will also own and operate the pipeline.

Over one-month period, the 300m-long and 41m-wide dynamically positioned vessel will construct one of the two approximately 100km-long sections of the pipeline project in the Russian territorial sea.

The Solitaire vessel will lay 12m long pipes weighing 24 tons round-the-clock which will be delivered to it by pipe supply vessels from the pipeline project’s nearest logistics hubs in Kotka, Finland.

Nord Stream 2 AG, in a statement, said: “Construction works are proceeding well and according to plans also at the Russian and German landfalls, the entry and exit points of the pipeline system.”

Till date, about 1,100km of the Nord Stream 2 Pipeline have been laid in Finnish, Swedish and German waters.

The pipeline project, which will have capacity of 55 billion cubic meters (bcm) of gas, is expected to serve approximately 26 million households in Western Europe. The project’s financial investors include Engie, OMV, Royal Dutch Shell, Uniper and Wintershall.

The pipeline, which will transport gas from natural gas field of Bovanenkovo in Northern Russia’s Yamal Peninsula, will run through territorial waters Russia, Finland, Sweden, Denmark and Germany. The field is estimated to hold 4.9 trillion cubic meters (tcm) of recoverable gas.

Last year, Solitaire vessel was deployed for pipe laying work for the Nord Stream 2 pipeline in the Gulf of Finland.

“Solitaire for example uses a dynamical positioning system with thrusters to position itself accurately. It is thus only the pipeline that touches the seabed. Using a vessel operating without anchors ensures additional safety in the congested Gulf of Finland.”