Together, the two solar farms can generate about 31GWh of clean energy annually 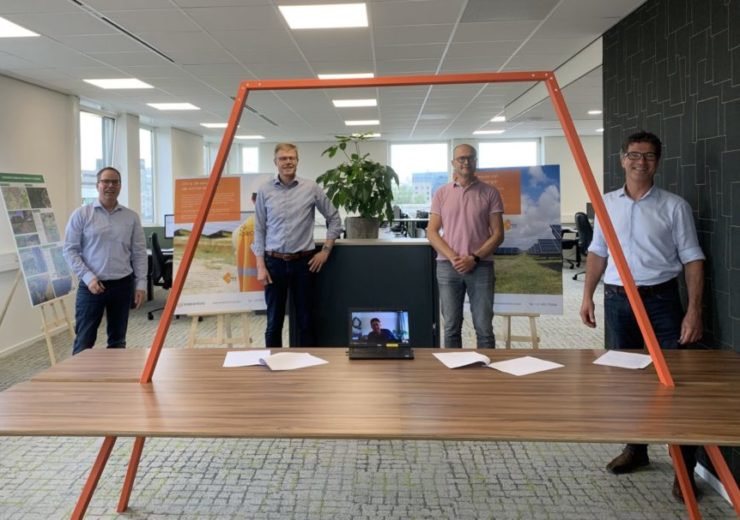 Solar developer Solarcentury announced that it has secured €20m financing from Dutch bank Rabobank, for the development of two solar farms in the Netherlands.

The company said that the signing of the contract clears the path for both the solar farms to move to the construction phase.

In the coming months, Solarcentury aims to invite the Apeldoorn community to participate in the funding for the projects.

Both the solar farms are expected to be completed by the end of this year.

Solarcentury CEO Frans van den Heuvel said: “The construction of these sites follows on from the significant progress we have made building the 110MWp Vlagtwedde project in Groningen. This momentum is testament to the hard work of the team in the Benelux to expand the Dutch project portfolio.

“At the same time as closing Apeldoorn, Solarcentury has also participated in the financial close of Cabrera Solar: a 200MWp project in Spain; yet another lockdown achievement.”

The solar farms will generate about 31GWh of clean energy annually

The two solar farms include the Apeldoorn Beemte-Broekland and Apeldoorn IJsseldijk.

The first solar farm Apeldoorn Beemte-Broekland has a capacity of 29.8MW and it will sit on 28 hectares of land.

It will generate about 27GWh of clean energy per annum, which could be supplied to more than 8,000 Dutch households, while savings of 14,000 tonnes of CO2 emissions per year.

The second solar farm Apeldoorn IJsseldijk has capacity of 4MW and it will generate 4GWh of energy per, which could be supplied to over 1,200 households, while 2,000 tonnes of CO2 emissions could be saved.

Together, the two solar farms can generate about 31GWh of clean energy annually.

Rabobank project finance director Ivan Das said: “We are delighted to be working together with Solarcentury to further expand the Solarcentury portfolio and to further build out our existing long term partnership to help realise the energy transition in the Netherlands and in other countries.”