Siemens to supply equipment for Balikpapan Refinery expansion in Indonesia

The Siemens Gas and Power will supply 17 reciprocating compressors, along with a single-stage, hot gas expander 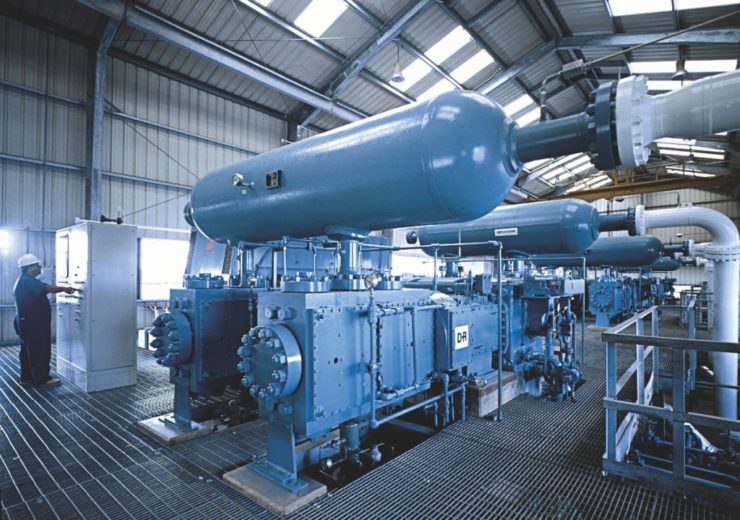 Siemens has installed a total of more than 3,000 HHE-class compressors in various countries. (Credit: Siemens.)

Siemens Gas and Power has secured a contract to supply compression and power generation equipment for the Balikpapan Refinery expansion project in Indonesia.

The facility, which is owned and operated by PT Pertamina (Persero), is located on Borneo Island in East Kalimantan, Indonesia.

The machinery, which will be supplied by Siemens, will be installed as part of Pertamina’s Refinery Development Master Plan (RDMP).

The firm said that the RDMP includes the construction of a residual fluid catalytic cracker (RFCC) unit with a capacity of 90,000 barrels per stream per day (bpsd); a liquefied petroleum gas (LPG) sulfur removal unit; a propylene recovery unit; and an 80,000 bpsd middle distillate hydrotreater.

Under the contract, Siemens Gas and Power will be responsible for the supply of 17 reciprocating compressors, along with a single-stage, hot gas expander, which will be built in Olean, New York, US.

Installation and commissioning of the equipment is expected in 2022

Siemens Energy Oil & Gas Division New Equipment Solutions executive vice president Matthew Chinn said: “These factors, coupled with performance, efficiency, and reliability of the SGT-800 gas turbines, will enable the cost-effective expansion of the Balikpapan refinery and contribute to the success of Pertamina’s RDMP, which will play an important role in improving Indonesia’s energy security.”

The expansion project is expected to increase the refinery’s output from 240,000 barrels per day (BPD) to 360,000 BPD. It will also allow the refinery to produce high-quality fuels of the Euro V standard.

The Siemens Gas and Power’s Naroda Gujarat facility located in India will manufacture all the reciprocating compressors for the project.

The firm expects to install and commission the equipment in 2022.