Origin Energy said that its proposed expansion of the Shoalhaven pumped hydro scheme in New South Wales (NSW) will move towards a feasibility study owing to a funding announced by the Australian Renewable Energy Agency (ARENA). 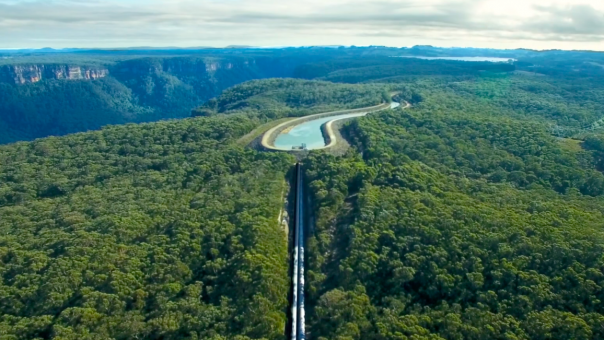 Image: Shoalhaven pumped hydro scheme is made up of two hydropower stations. Photo: courtesy of ARENA.

According to ARENA, the A$6.8m ($4.83m) full feasibility study if successful will pave way for doubling the capacity of the Shoalhaven pumped hydro scheme from 240MW to 475MW.

ARENA CEO Darren Miller said: “The findings of this study at Shoalhaven will help provide key understandings that can be applied to other hydro energy projects ARENA has supported such as Snowy 2.0, Hydro Tasmania’s Battery of the Nation initiatives, Kidston in Queensland, Cultana and the Iron Duchess in South Australia.”

ARENA is awarding Origin Energy A$2m ($1.42m) for the detailed feasibility assessment, which will cover technical and environment studies and also regulatory approvals. A full feasibility study for the proposed expansion of the Shoalhaven pumped hydro scheme is anticipated to be completed next year.

Origin Energy energy supply and operations executive general manager Greg Jarvis said: “Shoalhaven is in the unique position of having much of the required infrastructure needed for expansion already in place. This means it can be developed with less community and environmental impacts and in a shorter timeframe compared to developing the same amount of additional capacity as a greenfields project.

“This is a strong prospect for future expansion, because Shoalhaven can feed electricity into the grid in as little as three minutes, therefore improving reliability and complementing growing intermittent renewables in the system.”

Earlier in the year, Origin Energy weighed multiple options for the expansion of the hydro scheme. It concluded that the feasibility study will focus on a preferred option to almost double the overall generating capacity of the plant through a single 235MW generating unit installed in an underground power cavern.