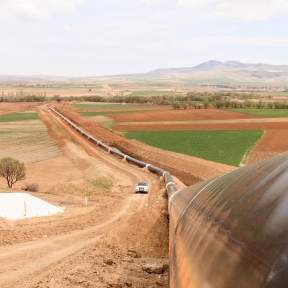 Said to be the first subsea development in the Caspian Sea, the BP-operated Shah Deniz 2 project is the starting point for the 3,500km Southern Gas Corridor (SGC) system, which aims to deliver gas from the Caspian Sea to the European market.

BP group CEO Bob Dudley said: “Shah Deniz 2 is one of the biggest and most complex new energy projects anywhere in the world, comprising major offshore, onshore and pipeline developments.

“BP and our partners have safely and successfully delivered this multi-dimensional project as designed, on time and on budget.

“Together with the Southern Gas Corridor pipeline system, Shah Deniz 2 will deliver significant new energy supplies to Europe, further diversifying its sources of energy and providing new supplies of natural gas which will be essential in the energy transition.”

BP said that together with the first phase of development, production at the Shah Deniz field will be up to 26 Bcm/y of gas and up to 120,000 barrels per day (BPD) of condensate.

The SGC project, which is scheduled to be completed in 2020, will transport gas from Azerbaijan through Georgia, Turkey, Greece, Albania and under the Adriatic Sea to Italy.