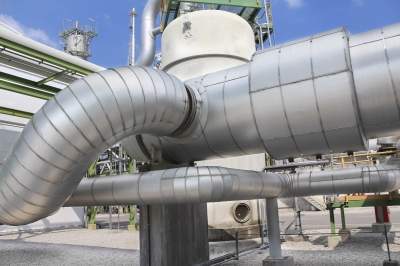 Image: Sempra Energy has operations in US. Photo: courtesy of Supakitmod/FreeDigitalPhotos.net.

As part of his new role, Ruiz will continue to serve as executive chairman of the board of directors of IEnova.

“Carlos Ruiz has overseen exceptional growth at IEnova, including its successful initial public offering in Mexico in 2013,” said Jeffrey W. Martin, CEO of Sempra Energy. “This new streamlined organizational structure will better align our non-utility operations to serve our global customers, and develop and execute projects even more effectively.”

“I’m honored and excited to serve in this new role at Sempra Energy and to continue my close involvement with IEnova,” said Ruiz. “We’ve built a strong and deep leadership team at IEnova and I will be devoting my full attention to growing Sempra Energy’s North American infrastructure business.”

Previously, Ruiz was a member of Sempra Energy’s board of directors from 2007 to 2012, when he became chairman and CEO of IEnova. Ruiz served as Mexico’s Secretary of Communications and Transportation during the administration of Dr. Ernesto Zedillo Ponce de León from 1994 to 2000. Previously he served in various positions at the Central Bank (Banco de Mexico) from 1974 to 1988, the Ministry of Finance from 1988 to 1992, and Petróleos Mexicanos in 1994. He currently is a member of the board of directors of Southern Copper Corp, Banco Ve por Más, S.A de C.V., Grupo Creatica, S.A. de C.V., member of the Technical Committee of Diego Rivera and Frida Kahlo Museum and a member of the Technical Committee Trust of Museo Nacional de Energía y Tecnología.

Tania Ortiz Mena, 48, will succeed Ruiz as CEO of IEnova, effective Sept. 1. Ortiz will report to Ruiz and will be nominated to serve on IEnova’s board of directors. Ortiz has served as IEnova’s chief development officer since 2014 and has held a range of leadership positions with IEnova since joining the company in 2000, including vice president for business development and external affairs, vice president of external affairs and director for government and regulatory affairs. Previously, Ortiz worked for PMI, Pemex’s international trading subsidiary.

Ortiz is a board member of Oncor Electric Delivery Co. and the Mexican Natural Gas Association, as well as vice president of the board for the World Energy Council – Mexico Chapter, member of the Energy Regulatory Commission Advisory Board and member of the Mexican Council for International Relations.

Octávio M. Simões, 59, currently president of Sempra LNG & Midstream, has been promoted to president and CEO of that company, reporting to Ruiz. Simões and his team will focus on maximizing the value of the company’s LNG opportunities. Simões also will continue in his role as chairman of Cameron LNG, LLC., the joint venture of which Sempra owns 50 percent. He has served as president of Sempra LNG & Midstream since 2012. Previously he was vice president of commercial development for Sempra LNG, where he was responsible for marketing the capacity of LNG receipt terminals, developing LNG facilities, securing LNG supply, securing shipping and acquiring equity positions in liquefaction plants. Prior to that, Simões served as vice president of asset management and vice president of planning and analysis for Sempra Generation, and in senior positions with Earth Tech and NEERI.

Justin C. Bird, 47, currently vice president of gas infrastructure and special counsel for Sempra Energy, has been named chief development officer for the Sempra North American Infrastructure group.  In his new role reporting to Ruiz, Bird will be responsible for activities related to project development for all current and future LNG and midstream projects.

Kathryn J. Collier, 50, vice president and treasurer for Sempra Energy, has been appointed chief financial officer and chief administrative officer for the Sempra North American Infrastructure group. In her new role, she will oversee accounting, economic and financial modeling, human resources, information technology and procurement for the new operating group.