ScottishPower Renewables, a subsidiary of Spanish energy company Iberdrola has completed the installation of the first two jackets at the 714MW East Anglia I offshore wind farm. 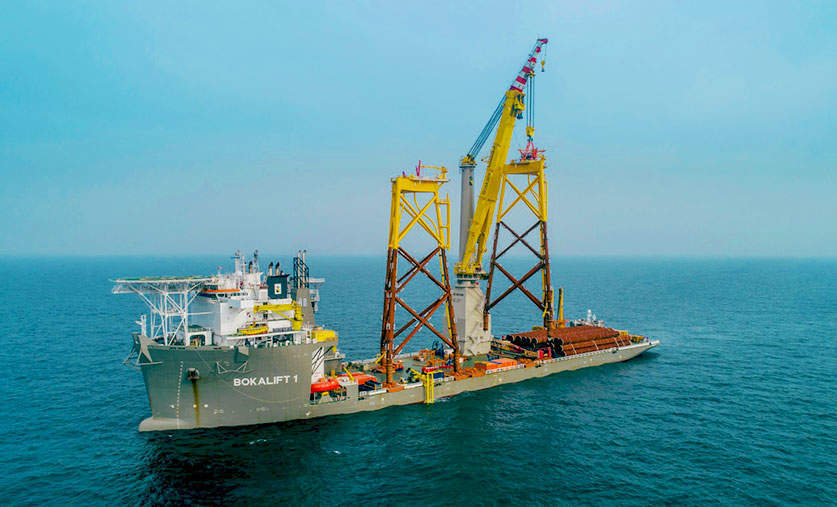 The wind farm will be located 50km from Lowestoft coast in Southern North Sea. Van Oord is the main contractor for this project. It is using its new purpose-built Bokalift 1 vessel for the wind farm’s construction, where it has lifted 840 tonne steel structures. The foundation jacks are 65m tall and will support the tower, nacelle of the wind turbine.

ScottishPower Renewables, East Anglia ONE project director Charlie Jordan said: “It is a hugely impressive feat of engineering to lift nearly 900 tonnes of steel and place it with pinpoint precision in to the North Sea. It is a significant milestone for the project.

“This is one of the largest offshore windfarms ever to be built and good progress is being made in all areas. As well as the activity offshore, our onshore substation and underground cable route is also taking shape.”

The onshore and offshore works at the site are expected to take place in the coming months. First turbine is expected to be installed next year and the project is scheduled to be fully operational in 2020.

Van Oord project director Daan Makkink said: “This project makes our expertise in the installation of foundations even broader. So far only a handful of wind farms have been constructed on jacket foundations.

“Their number will increase in the years ahead because the ideal locations for wind farms built on monopiles – shallow waters with a relatively flat, firm seabed – are filling up fast.”

When operational, the wind farm is expected to generate enough clean electricity to be supplied to 500,000 UK households, while avoiding more than a million tonnes of CO2 emission into the atmosphere, each year.